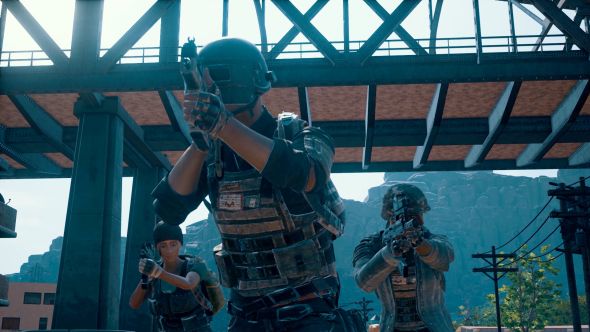 PUBG Corporation are making changes to PlayerUnknown’s Battlegrounds’ blue zone in the game’s latest patch. With the recent release of version 1.0, attention has turned from polish and new content to game balance, according to an announcement on Steam.

They state in the announcement that the next stage of development is intended to “enhance the combat experience in a match,” a plan for which the changes to the blue zone are only the first step. The team say that, over the game’s Early Access period, “we received a lot of feedback from you that the pacing and distribution of combat encounters in a match could be more even and less chaotic.”

The blue zone refers to the wall that corrals players into a central point over the course of the map. Staying within it is (relatively) safe, but if you get caught outside you gradually lose health until you can get back to safety. With that in mind, changes to the blue zone apply to the mid-to-late phases of a match. Waiting time before the blue zone comes in will be decreased slightly, but the shrinking speed itself during these phases will be slower. The damage caused by the very last blue zone has been slightly increased.

The changes should be live on the game’s test server now, and according to the announcement “will be tested for several days.” Further testing will most likely take place at some point in the future depending on the outcome of the tests. There will also apparently be another update, focusing on more balance changes, in the near future.