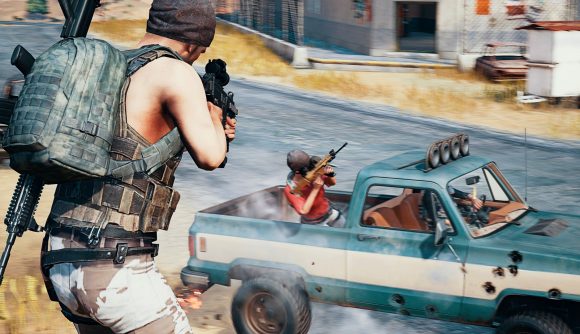 One of PlayerUnknown Battlegrounds‘ most irritating tactics is getting nerfed in a future update. A PUBG dev took to Twitter to let fans know that the drive-by tactic is getting balanced in update 11.2, which should be the next patch the battle royale game gets.

“Hearing that passenger shooting will be nerfed in PC Update 11.2 – following community feedback,” the developer tweets. “Specific balancing is still being worked out. For consoles, we’re seeing that drive-by shootings are a less-used tactic, but we’ll be monitoring.”

If you’ve been left out of the loop, the drive-by tactic refers to players shooting out of the passenger side of a vehicle – shocking, I know. The playstyle has been relatively popular, though, since aiming from vehicles was buffed in an update last year. There’s little recoil now, so it’s not too hard to balance shooting with aiming out of a moving vehicle. We had some idea that the nerf was coming, though we didn’t know when. Another PUBG staffer mentioned in the game’s Discord recently that the team had passed along feedback to the development team.

PUBG’s 11.2 update is shaping up to be a good one, it seems! Community manager Henry G also confirmed recently that PUBG’s next Survivor Pass is also arriving with the new patch.

Hearing that passenger shooting will be nerfed in PC Update 11.2 – following community feedback. Specific balancing is still being worked out. For consoles, we're seeing that drive-by shootings are a less-used tactic, but we'll be monitoring.

Until then, there’s plenty to fill your time. PUBG Season 11 kicked off recently, bringing the Paramo map back for another go. We’ve also got a limited-time arcade mode called POBG that’s hanging around until April 12. It’s a top-down 2D arcade shooter that pits you against chickens. Yup.