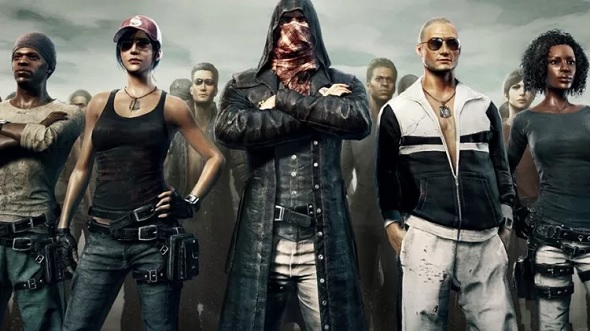 Update, February 5: PUBG Corp are continuing to lay down the law when it comes to cheaters in PlayerUnknown’s Battlegrounds, banning over one million players last month.

According to a tweet by PUBG’s security tech BattleEye, over one million cheaters were banned in January alone.

We have banned over 1,044,000 PUBG cheaters in January alone, unfortunately things continue to escalate.

This is quite the feat considering it almost equals the number of cheats banned between the time of the battle royale game’s Early Access launch and December last year.

PUBG Corp recently announced they are introducing new anti-cheat measures to PUBG,which are due to arrive in an update later this week.

Update, December 28:There continue to be a lot of cheaters getting banned in PUBG.

There are a lot of cheaters in PlayerUnknown’s Battlegrounds. That’s been true from the start, and the game’s wild popularity – not to mention the frankly ridiculous prices people are still paying for mini-skirts on the Marketplace – means PUBG has continued to be a cheat magnet. But cheaters are still getting banned, and by now they’re getting banned by the millions

According to SteamSpy, there over 26 million Steam accounts that own the game, so those bans represent a pretty significant portion of the playerbase. BattleEye have reported exponentially increasing numbers of bans in the past several months, with a total of 50,000 in August, 300,000 in October, 700,000 in November, and now 1.5 million in December.

And even for those who haven’t gotten banned just yet, it looks like cheaters are getting matched with other cheats these days, so we can enjoy the knowledge that if they’re not yet banned, they might just be confined to a nightmare battle royale exclusively built for those breaking the rules.

Original story, October 13:Up to 13,000 people are being banned from PlayerUnknown’s Battlegrounds every single day.BattlEye, the anti-cheat program that works to keep PUBG’s community clean, says that over 320,000 players have been banned so far.

In a tweetposted this morning, the BattlEye said “Over 322,000 cheaters have been banned from PUBG so far.” Last we heard, that figure was much lower – Brendan Greene himself tweeted to say that BattlEye had banned 150,000 accounts just one month ago, meaning that in the last 30 days, the number of accounts banned from the game has doubled.

We are currently banning at a rate of 6K-13K per day, nearly 20K within the last 24 hours alone. The vast majority is from China.

That means that the system is currently banning between 6,000 and 13,000 accounts every single day. In the last 24 hours, that figure jumped, and BattlEye say they’ve banned 20,000 players in the past day.

While those accounts will be from all over the world, BattlEye also say that the “vast majority” of banned accounts come from China. The region has seen a significant surge in player numbers recently, which may be part of the reason for the high number of cheaters.

It’s quite likely that BattlEye will continue to have their work cut out for them. As PUBG continues to grow, more players probably means more cheaters, so expect the number of banned accounts to keep going up.