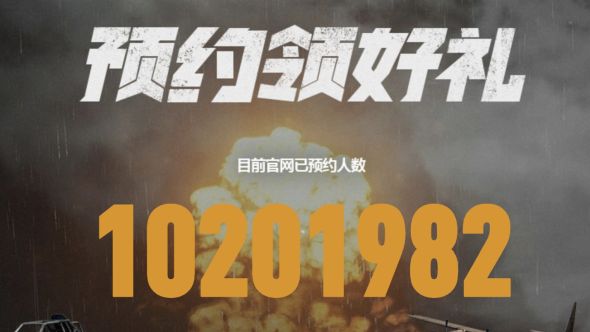 It’s not necessarily been the easiest month for PlayerUnknown’s Battlegrounds. With the ongoing rise of competitor Fortnite Battle Royale and reports that the game’s player-base has begun to shrink, the game’s meteoric rise seems to have come to an end. That is, if you don’t count the 10 million players who have signed up for Tencent’s Chinese publication of the game.

Tencent is just the start – get ready for the second wave of Battle Royale games.

Industry analyst Daniel Ahmad, who covers the Chinese market, tweeted a screenshot yesterday revealing that over 10 million players had pre-registered for Tencent’s version of PUBG. The number of Chinese players buying into the Steam version of the game has flatlined in the past few weeks, but many assume that a significant audience is waiting for the official Chinese version – which likely feature a few changes so they’ll fit within the country’s cultural guidelines. An extra 10 million players would be a significant boost, even to a game as big as PUBG.

Tencent version of PUBG for PC has surpassed 10 million pre-registrations.

Also, Tencent has begun testing of its two mobile PUBG games this month. It's pretty cool to see PUBG running really well on mobile. I'll have to play it myself soon. pic.twitter.com/HBIvnnUFp3

Ahmad also mentioned two PUBG mobile versions. PUBG: Army Attack has been developed by Tencent’s own Timi Studio, and focuses on Land, Sea, and Air Battles. PUBG: Exhilarating Battlefield is closer to traditional PUBG, and has been developed by a separate studio. Collectively, the two games had 75 million pre-registrations, but whether or not they’ll be published outside China is not yet clear. You can check out some gameplay footage below: