PUBG Corp have admitted in-game cosmetics “do affect gameplay” in a recent suit filed by the corporation against internet company NetEase.

Here’s why Savage is the PUBG map that Miramar should have been.

Last week, PUBG Corp filed a suit against NetEase claiming the company have infringed upon PUBG’s copyright by creating two “substantially similar” mobile games. The suit provides evidence of how NetEase have essentially ‘cloned PUBG, citing character attributes, weapons, equipment acquisition, and armour among the similarities. However, it’s the clothing section which is particularly interesting.

Initially noticed by Newsweek, in the clothing section of the suit, PUBG Corp argues that cosmetic infringement should be considered seriously because clothing has an impact on gameplay.

“Clothing does affect gameplay in terms of camouflage,” the suit reads. “Clothing can be used to assist the player to blend in with the environment, making the player less visually detectable. In particular, Battlegrounds includes a Ghillie suit, a full body suit covered with camouflaging material typically used by snipers. The Ghillie suit allows the player to become nearly visually invisible depending upon the terrain.” 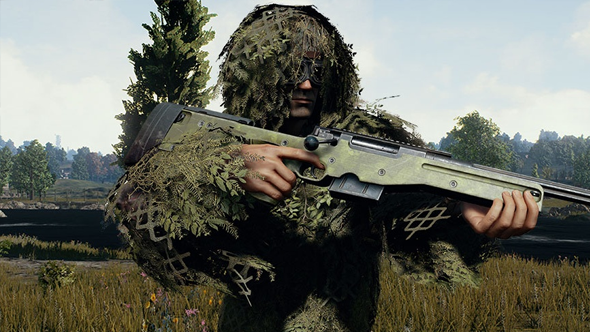 Though the Ghillie suit is a free item, obtainable by any player, the admission contradicts a statement made by PUBG Corp CEO Chang Han Kim during a Q&A last November, in which he said, “we will never add anything that affects the gameplay.”

Though clothing may affect gameplay in terms of how you blend into the terrain, there is currently no paid option which allows players to do this more effectively. If anything, paid cosmetics are a hindrance when it comes to camouflaging into the terrain – often coming in bright pinks, yellows, and whites.

PUBG Corp have not announced plans to introduce paid cosmetics which affect gameplay in a serious way.