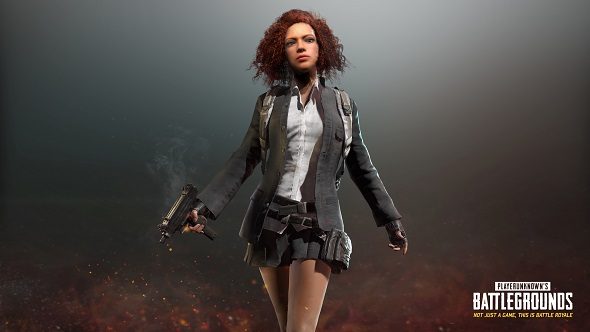 Bluehole are hosting a PlayerUnknown’s Battlegrounds esports tournament at this year’s Gamescom, inviting some of the community’s best content creators to duke it out.

Scavenge for weapons in our list of the best survival games.

“From very early on we knew that the success of PUBG was reliant on the passion of its community. We want to celebrate this by inviting eighty of the top players from around the world to compete in the first offline invitational,” Chang Han Kim, VP and executive producer at Bluehole, says. “It’s been incredibly rewarding to see how quickly our community has grown, and can’t wait to hear about everyone’s experience this summer.”

In partnership with ESL, the Gamescom PUBG Invitational will include Solo mode, Duo mode, Duo first-person mode, and Squad mode. Winners will be determined by the best score over three games. The tournament prize pool will be $350,000.

To fund this tournament, they’re introducing a limited-time crate and key system for a one-off crate: the Gamescom Invitational Crate.

Three new PUBG crates are launching on August 3, all filled with cosmetics inspired by the Battle Royale movie. The Wanderer Crate and the Survivor Crate will be unlocked with Battle Points, just as the current crop of crates are. The Gamescom Invitational Crate will be stuffed with more diverse garments – including a guaranteed set of themed clothing – and will set you back $2.50 for a key to unlock.

Proceeds from the crate will be used to fund the Invitational, providing a prize pool and funding the organising of the event. Some other funds will be put into selected charities.

The Gamescom Invitational Crate will no longer appear in-game from August 27, though they can be traded on the Steam marketplace and keys can still be purchased. A proper crate and key system will be implemented when the game leaves Early Access.