PlayerUnknown’s Battlegrounds is not all about killing, maiming, and trolling. It is a bit of a fashion show as well, with an ever-expanding range of cosmetics you can earn via PUBG crates.

The rarest PUBG items, weapon skins, and cosmetics can be bought on the Steam Community Market for hundreds of dollars. However, if you have never played a game with a crate system in it before then the whole idea can be a little confusing. That is why we are on hand to lay out exactly how it all works so you know what to do with those hard-earned Battle Points.

The types of PUBG crates available changes regularly with new sets of skins and cosmetics ensuring you never grow tired of your wardrobe – we’ll update this guide accordingly so keep checking back for the latest information. Join us below as we explain how to earn crates, how crate keys work, and the contents of every crate available right now.

How to earn PUBG crates

You can obtain PlayerUnknown’s Battlegrounds crates either by buying them with the in-game currency, Battle Points (BP), or by purchasing them on the Steam Community Marketplace using real money. Battle Points are earned through playing the game. You get more BP per match the more kills you get and the longer you remain alive.

PUBG crates cost more BP with each subsequent crate you earn in a week, which helps maintain the rarity of items and ensure the game has an item economy. Your first PUBG crates costs 700 BP, the price then increases significantly for each new crate, resetting a week after you purchased the first crate. There is a limit of six PUBG crates per week, here are the prices:

When you buy a PlayerUnknown’s Battlegrounds crate with BP it is randomly decided which crate you will receive and there is no way to pick between crates that require keys to be opened and crates that can be opened for free. Additionally, you have the option to purchase the newest type of PUBG crate for BP, although these are much more expensive.

All other PUBG crates, such as the Gamescom Invitational Crate, can only be obtained by purchasing them with real money through the Steam Community Marketplace. 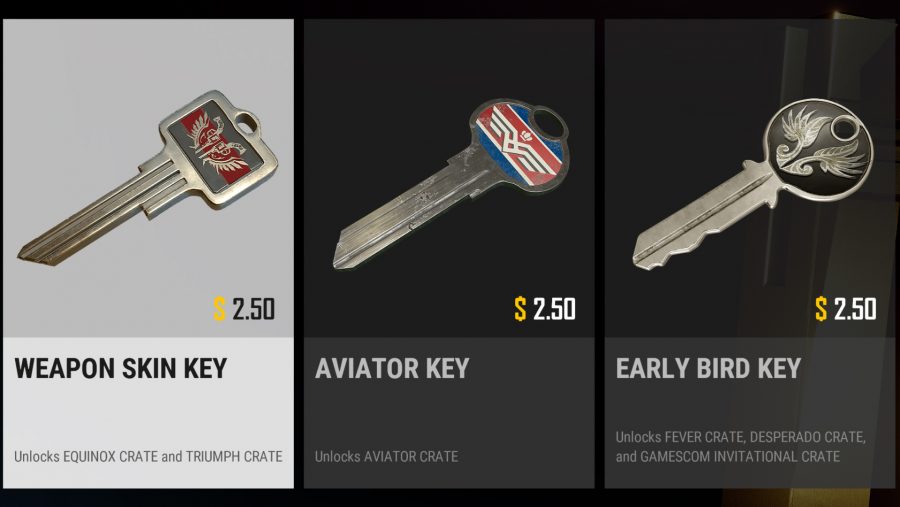 How to unlock PUBG crates

Currently, there are six types of PUBG crate that require a key to be opened. The Gamescom Invitational Crate, Fever Crate, and Desperado Crate can all be opened with the Early Bird Key. The Weapons Skin Key unlocks the Triumph Crate and Equinox Crate. Finally, the Aviator Key unlocks the Aviator Crate. All PUBG crate keys can be purchased in-game for $2.50.

What types of PUBG crates are there?

There are currently 11 different PUBG crates that can be purchased and opened:

What items are in each PUBG crate?

PUBG items can all be bought separately from the Steam Community Marketplace if you are after a specific one. However, if you are not interested in parting with real money for cosmetics then are large number of these PUBG items can be found in either the Wanderer Crate, Survivor Crate, Biker Crate, Militia Crate, or Raider Crate for free as these crates do not require a key to be opened.

Here are the cosmetics and weapon skins you’ll find in each type of crate: 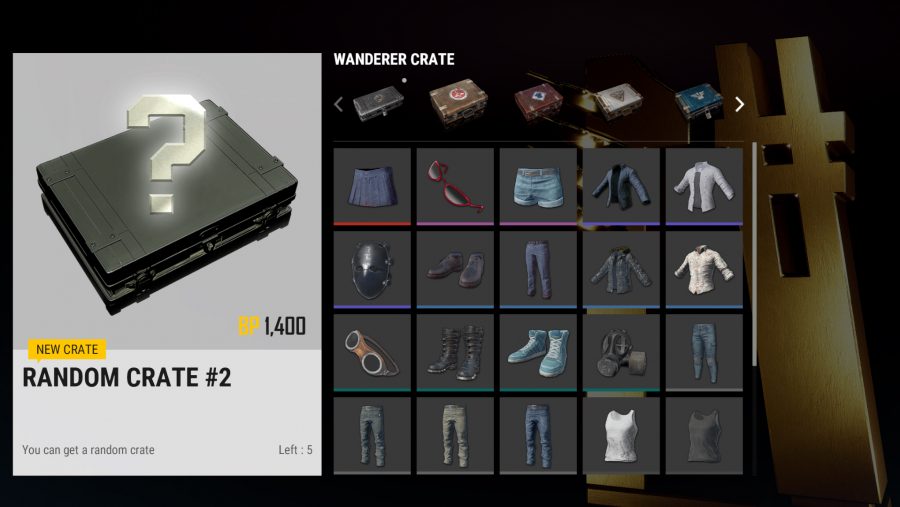 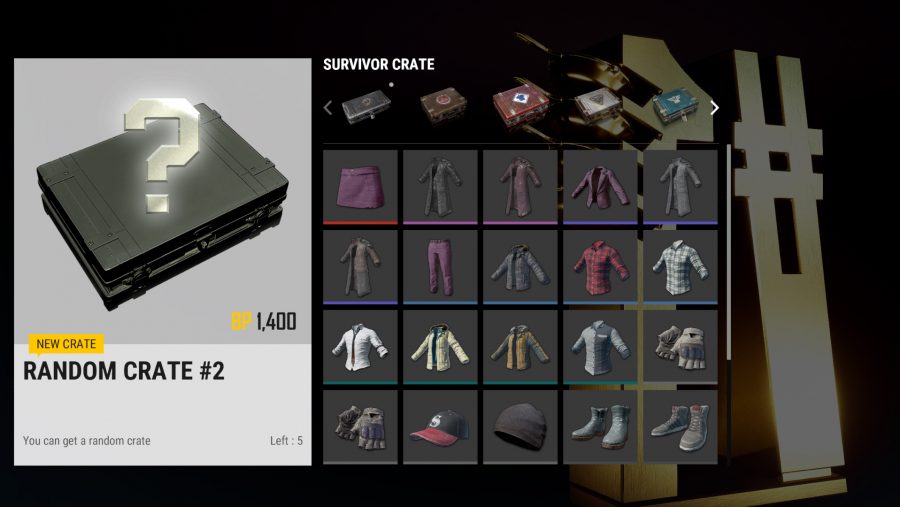 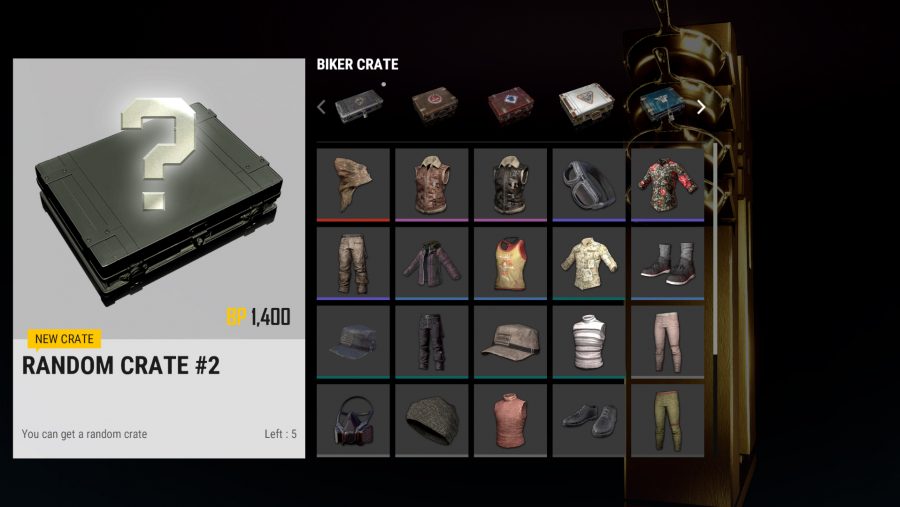 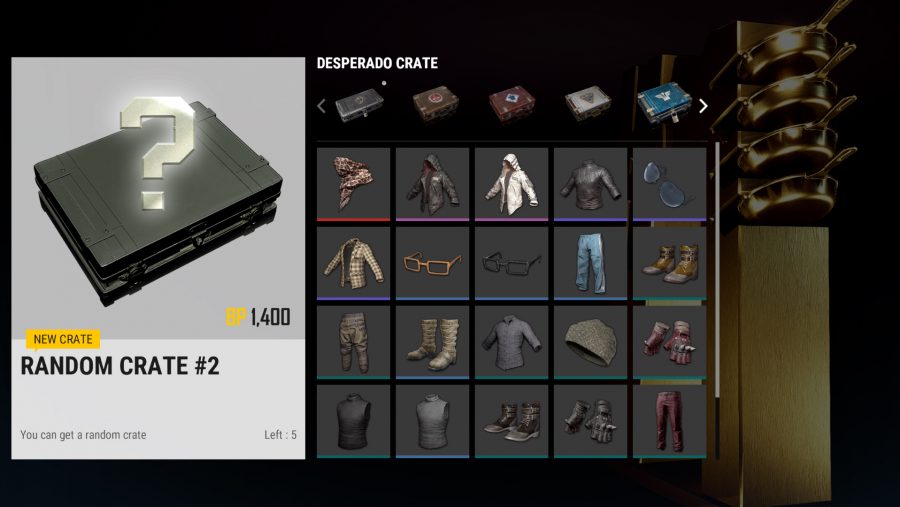 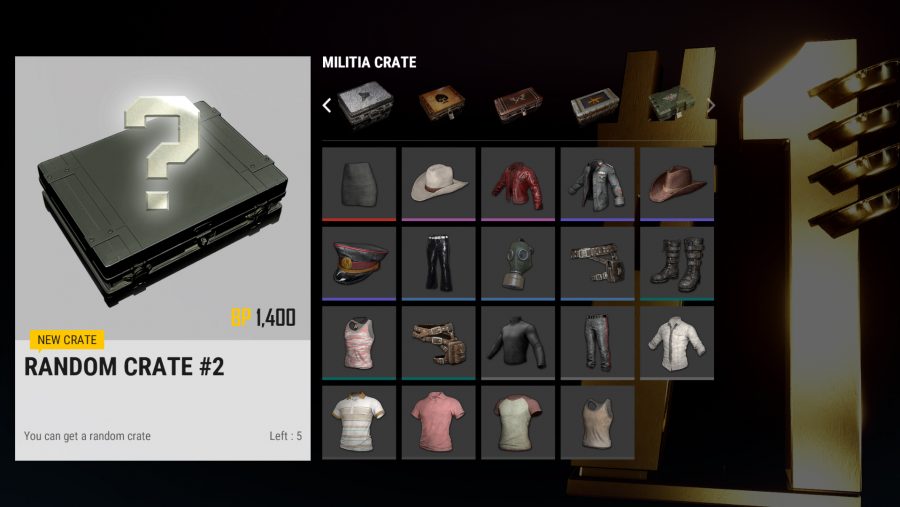 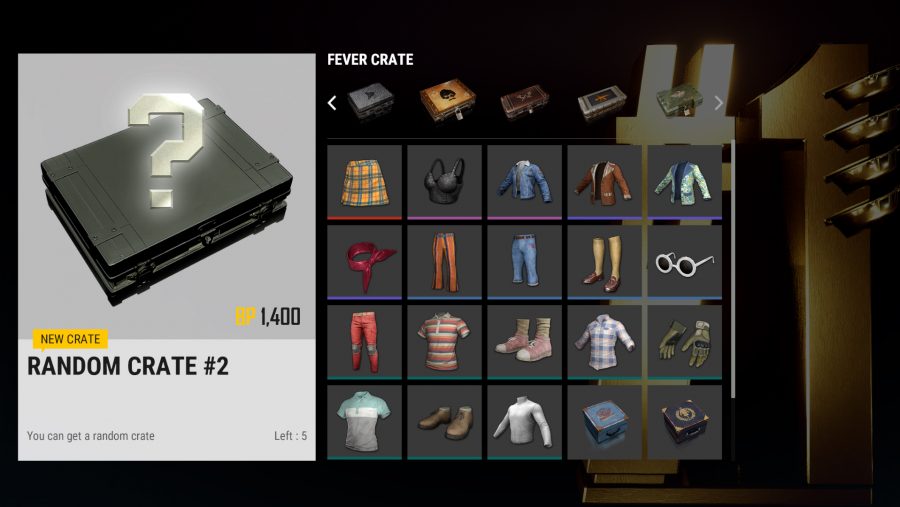 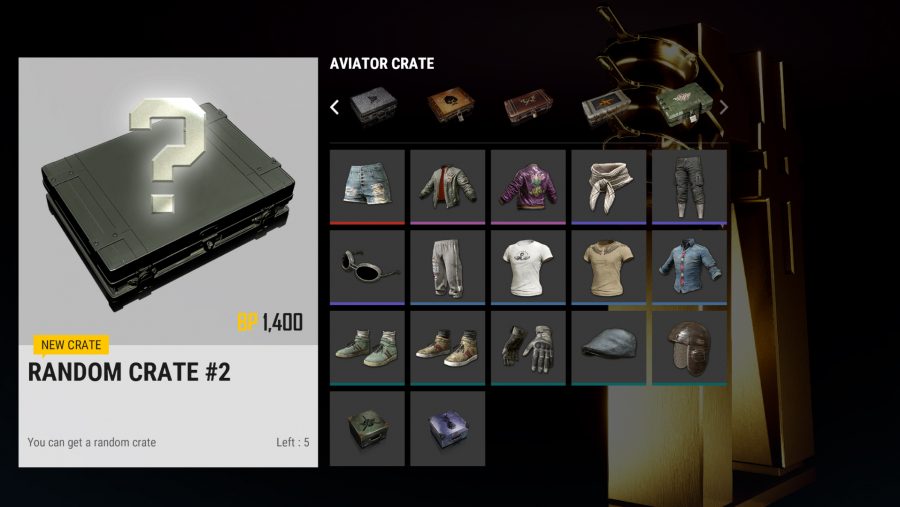 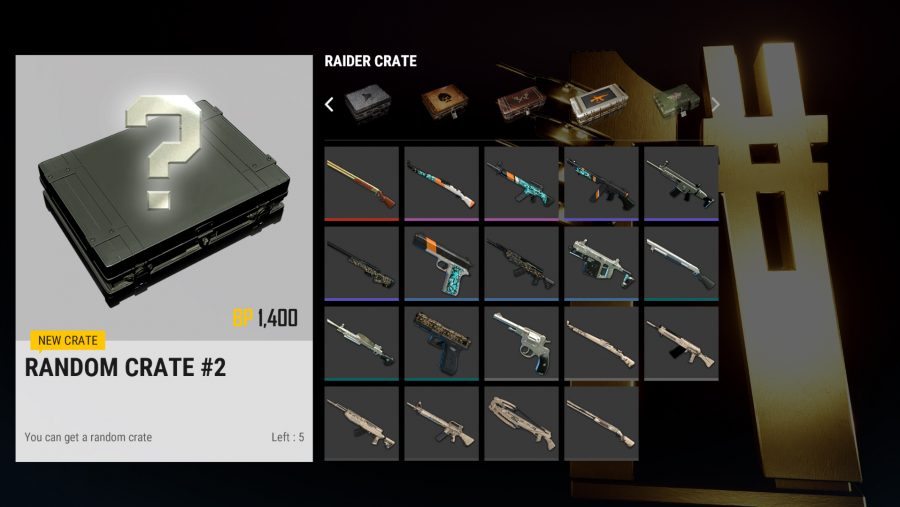 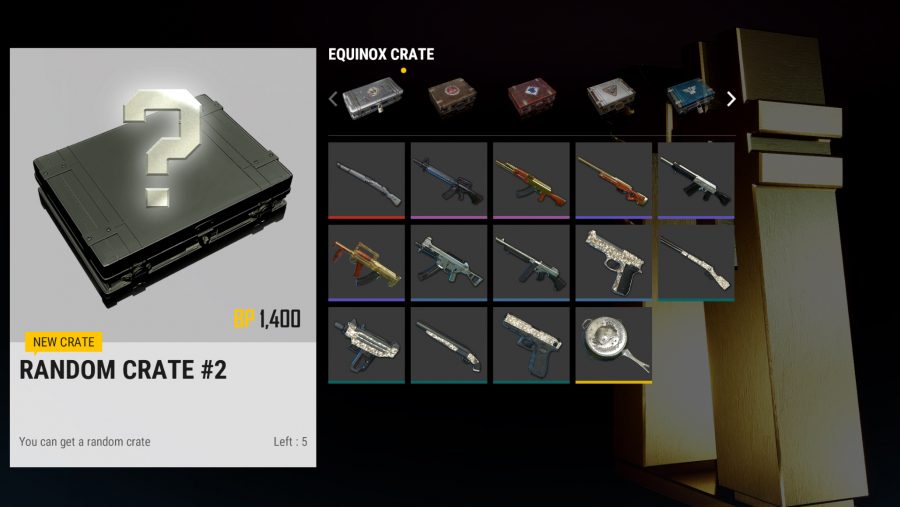 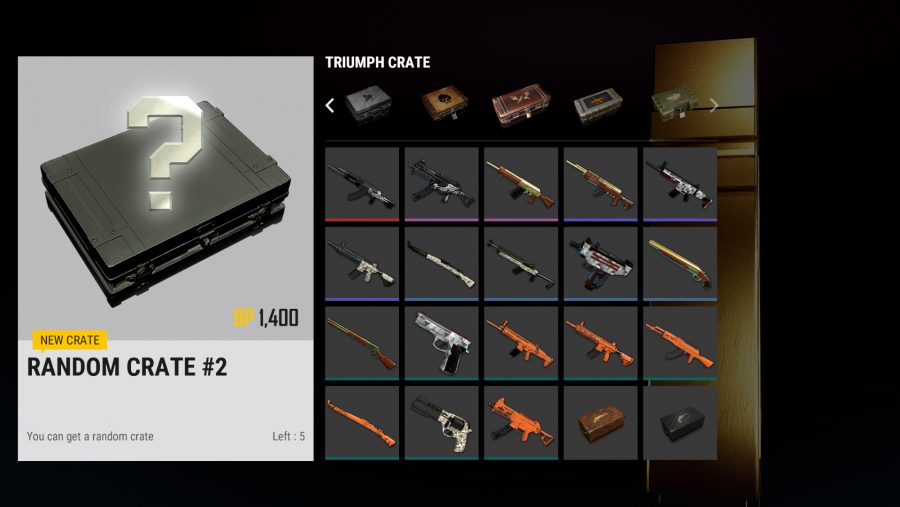 Previously, you could also obtain a Twitch Prime Box and a Pre-Order Crate, but these have been replaced by sets that can be bought through the Steam Community Marketplace for a small fortune. There was also a Pioneer Crate, but this has been discontinued.