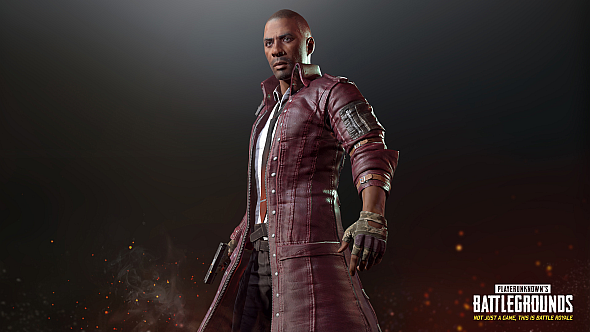 Update August 10, 2017: First-person servers were originally rolled out in a couple of regions and only for solo and duo games. They’ve now been released for everyone in Asia too.

That means players in Asia can now sample the delights of PUBG where people can’t spot you around corners. It also means we can all try the new perspective in squad games with four-player teams.

Get into one of 2017’s biggest gaming sensations with our PlayerUnknown’s Battlegrounds guide.

Players, first-person only servers are now available in ALL game modes on NA, EU and ASIA servers. Leaderboards will be added later. pic.twitter.com/us8IuDJ6PP

This is now live across the live servers, so no need to jump onto the test servers for a go.

Update August 1, 2017:First-person-only servers and the ability to rejoin games if you get disconnected have both been added in one of PUBG’s biggest updates.

Brendan ‘PlayerUnknown’ Greene has posted the fourth monthly update of his Battlegrounds’ spell in Early Access, and it’s a big one. Though the focus is on the new key-and-crate system for cosmetics, there are also a tonne of exciting new gameplay features, balance tweaks, and technical fixes.

Crates first. Brendan ‘PlayerUnknown’ Greene acknowledges community concerns about the scarcity of these crates, but argues a sturdy economy will be “ultimately beneficial for the game. And once again, this is a purely optional system, and you are not forced into participating if you do not feel like it. You will still get a fully featured game.”

He admits his messaging wasn’t very clear, and takes the opportunity to explain the new system in full:

“Like the current free-to-open system, you will be limited in the number of crates you can receive each week, with the crate prices being reset each Monday. Currently, this limit is set to six crates per week, and you are free to trade them on the Steam Marketplace. I also want to point out that the full cosmetic system is still being discussed internally, and we are taking your concerns into consideration when it comes to the ability to get free cosmetics by playing the game.” 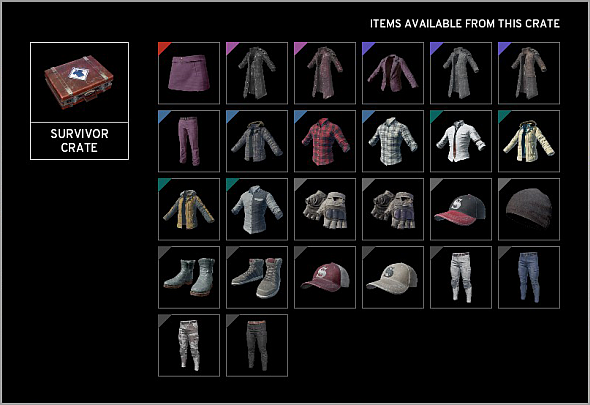 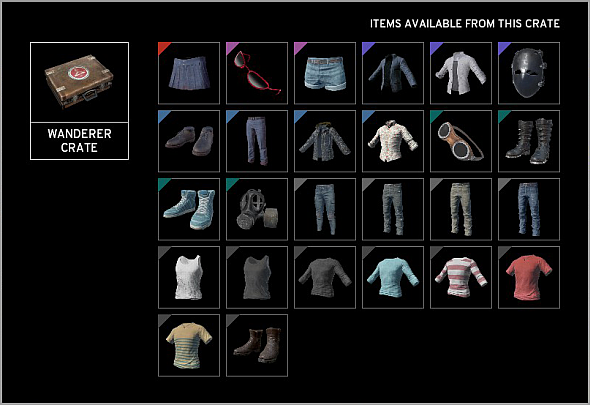 On to the patch notes. You can now rejoin games if you were disconnected in the middle of a match, and V-sync has been added – great news if you were suffering any screen tearing. You also now have the option of choosing first-person-only mode when starting a game.

Car horns and tyre screeching on motorcycles have also been added, as has a brand new sniper rifle – the Mk14 EBR – which can only be obtained from care packages. Additionally, the game will now support Xbox controllers and you can now report toxic players. There are also a tonne of optimisations on both the server and client side, so hopefully the game should run a little more smoothly.

See? Told you it was extensive. And those are only the headlines; you can read the rest of the notes in fullhere.

Update July 25, 2017:It was pushed back a week because of complications, but Bluehole are gearing up to finally deliver first-person-only servers to PlayerUnknown’s Battlegrounds, along with a lovely FOV slider.

Both new features will be added in PUBG’s monthly update on August 3. To start with, first-person servers will only be available in solo and duo, and only in the NA and EU regions.

Here are the latest patch notes:

Original Story July 13, 2017: PlayerUnknown’s Battlegrounds is getting first-person servers. They’ll be added to solo and duo games in the EU and NA regions in the next monthly update, then rolled out elsewhere after a bit of polish.

The news comes via Brendan ‘PlayerUnknown’ Greene himself, via Twitter:

Good news everyone! 1st person servers are coming to @PUBATTLEGROUNDS in our next monthly update! #MakeHardcoreGreatAgain

The PUBG subreddit is pretty ecstatic about the news, as first-person servers have been high on their wish-list for some time now. The ability to swivel the camera 360 degrees around your character in third-person gives players much more awareness of their surroundings, taking some of the risk and intensity out of tactics like camping or situations like room-clearing.

Seems PlayerUnknown’s Battlegrounds is about to get even more intense.