If you are unfamiliar with PlayerUnknown’s Battlegrounds you may need a PUBG guide. The game is essentially the latest hugely successful battle royale with one huge exception: it is not total bobbins. With its numerous maps and weighty gunplay reminiscent of a military sim, new players face an almighty learning curve en route to their first chicken dinner. Understandably then, useful PUBG tips and tricks are in high demand, which is where this guide comes in handy.

PUBG puts you on a plane with 99 other players, flies you over an enormous map full of large towns, military bases and humble farmsteads, and lets you choose where along the flight path you want to land. Once on the ground you will have to scramble together as much loot as you can find, make it to the randomly designated, constantly shrinking safe zone and duke it out with everyone else until you’re the last survivor.

Knowing the maps, tools of the trade, and some general PUBG tips and tricks will help you edge your way closer and closer to that esteemed Rank #1 spot. So, whether you’re struggling to take down enemies over long distances, or you want to know which guns to look out for when looting, we’ve got you covered.

Looking for a specific area of PUBG expertise? We have broken our PUBG guide down into the following sections to make finding what you are after a little easier:

PUBG never used to be so agile, but recent updates have made parkour meta, allowing players to climb up buildings and grab high ledges. This has totally transformed the pace of the game, making agile and aggressive play more viable than even before. Spend some time pushing these tools to the limit as you never know when you might need to dream up a creative escape route.

Even jiggling back and forth, leaning, or running circles can save your life in PUBG by never allowing the enemy an easy shot. This is especially important when aiming in a gun battle: you never want to make yourself an easy target.

Don’t be afraid to play in the blue

The first couple of blue circles won’t deal much damage to you, so provided you’re within safe distance you can actually spend quite a lot of time hanging around in the blue. There are a couple of benefits from this: you can spend more time looting, and you can slip in behind enemies and catch them totally off guard. 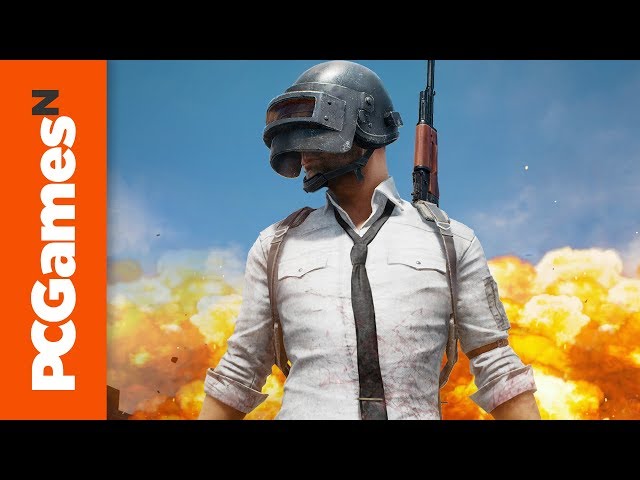 Use the training map

The most difficult aspect of PUBG for many new players is handling the weapons. PUBG’s weapons have a lot of recoil if you’re coming from other shooters, so spend plenty of time in training mode getting used to the kick of different weapon types. You don’t need to learn the recoil patterns of every gun in the game before jumping into a single match, but having a feel for the weapons will save you a lot of time later on.

It used to be that closed doors meant a building was empty. However, the addition of vaulting to PUBG means you can now climb in and out of most houses without having to use a door. Buildings are even tougher to assess as there appear to be many more windows, doors, and vertical entrances. Of course this makes life tough for defenders as well: you can no longer sit tight with your shotgun trained at the main door. 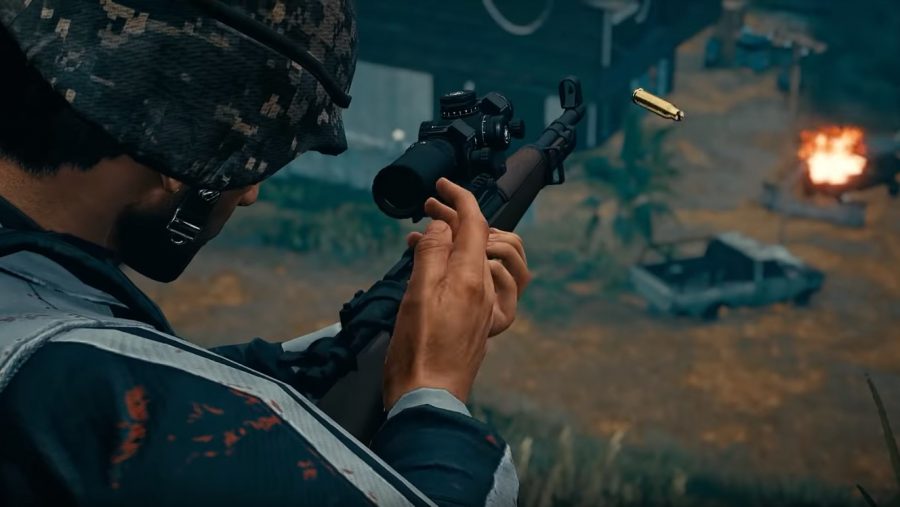 Use fully automatic with caution

Having a higher damage per second rating does not guarantee that you will come out on top in a tense duel. Many assault rifles, SMGs, and even the odd DMR and sniper rifle can be switched to fully automatic fire, but unless you know how to handle the recoil (and if you do then you do not need a PUBG tips and tricks guide) then the likelihood is all those extra shots will be wasted, much like you after your target has been alerted to your whereabouts.

This is one of the more obvious PUBG tips we have for you, but when it comes to clearing buildings this point cannot be stressed enough: shotguns dominate in close-quarters. Shotguns might be common, but they are worth keeping around until the dying minutes of a match because of their one-shot kill potential. Seeing as you will spend a lot of time searching through buildings for extra loot, this high damage weapon class should never be overlooked, especially considering how easy they are to aim. 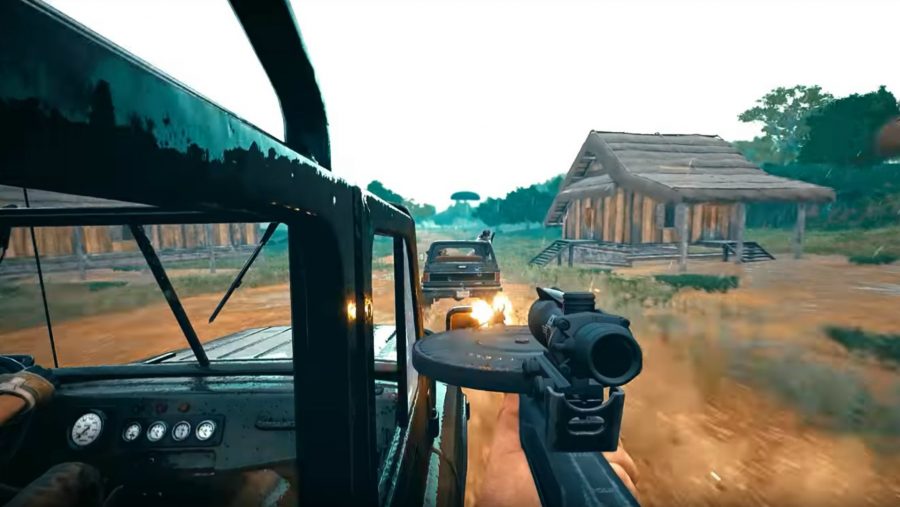 Assault rifles will see you through most encounters

High damage, relatively common rarity, the ability to engage targets at long-range, and a high enough rate of fire to save you in a pinch: assault rifles can be used in any situation to great effect. If you manage to find an AKM or M416 and a few attachments you have a good chance of getting that chicken dinner.

Scopes in PUBG all have a zeroing distance that is displayed when aiming down sights. If the given distance is 100 metres then that means your bullet will land exactly where you click up to that distance. If your target is roughly 200 metres away then you will have to aim a bit higher – learning exactly where takes hours of practice and trial by error, but the paying attention to the zeroing distance makes the process a lot easier. Quick PUBG tips: you can also increase or decrease it with PgUp and PgDn respectively. 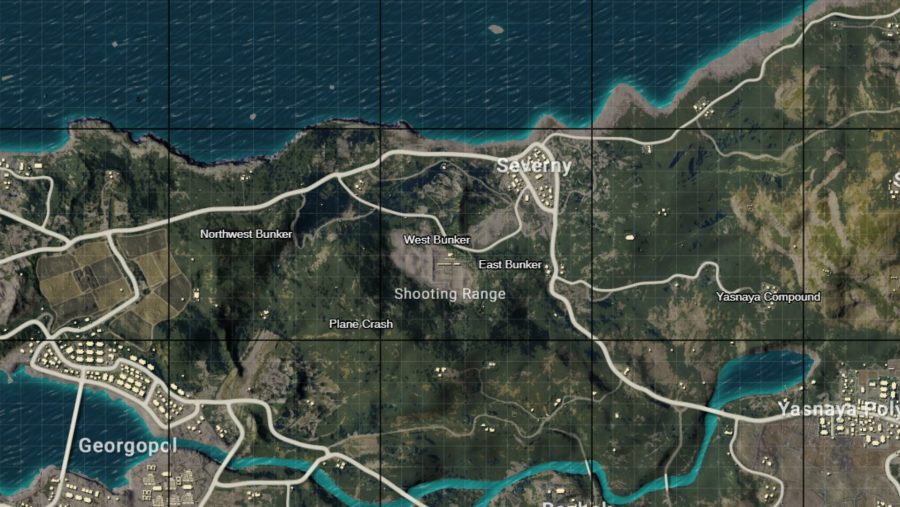 You can suss out distances using the PUBG map

Each white square on the in-game map is 100m². Therefore, if you are in a long-range shootout, you can pull out your map, spot roughly where they are judging from landmarks, and count up how many white lines separate the two of you. Aim accordingly and you should be able to land that first tasty long-range kill.

Supply drops hold the best guns and armour in the game

If you keep wondering where other players are getting their LMGs and sniper rifles then you have been shying away from those supply drops that are parachuted in by plane every few minutes. Each supply drop contains a medley of high-level gear, so if you want the very best items then you will need to find a vehicle, follow the container as it falls, and kill everyone else around the landing zone.

Scopes are the best attachments

Even the game’s best sniper rifle is only as good as the scope that’s fitted to it, and if you are relying on iron sights then you have already lost. Provided you can get your hands on a 4x or 8x scope you will be able to hold down any building in the game. You can also use scopes to scout out buildings from a safe distance. Of course this PUBG tips guide is not overlooking other attachments – pick up any muzzle and grips you find along the way as they drastically improve weapon handling. 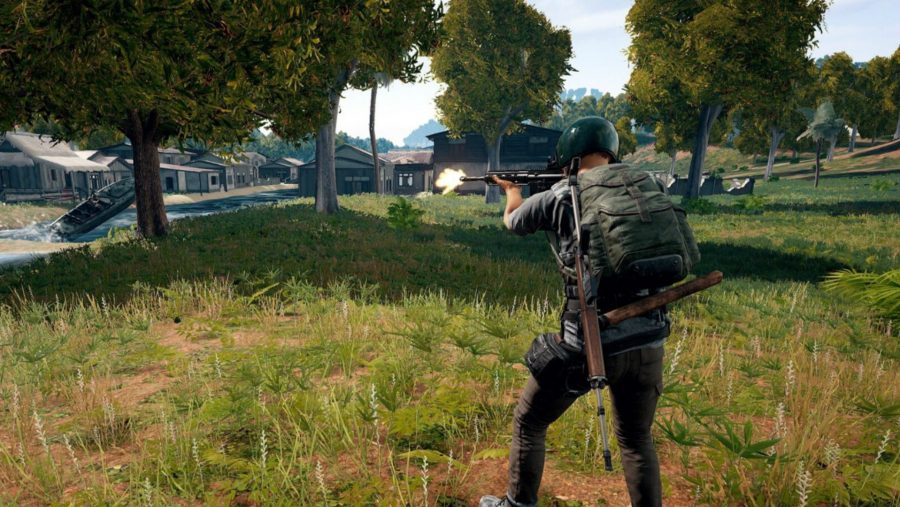 The Pan is the best melee weapon

Not only is the Pan the most damaging melee weapon in the game, it is also bulletproof. If you have one in your inventory then it will hang over the posterior of your character model, providing your arse with full protection from incoming enemy fire.

Often in PUBG, you will find yourself under fire from enemies you cannot see. Sometimes it will take some time before you are even able to ascertain which direction the bullets are coming from. Going prone is the natural response, but this just gives your enemy time to reload, adjust their aim, and finish you off. Instead, keep running in an unpredictable line towards the nearest scrap of cover before deciding whether to keep fleeing or return fire. 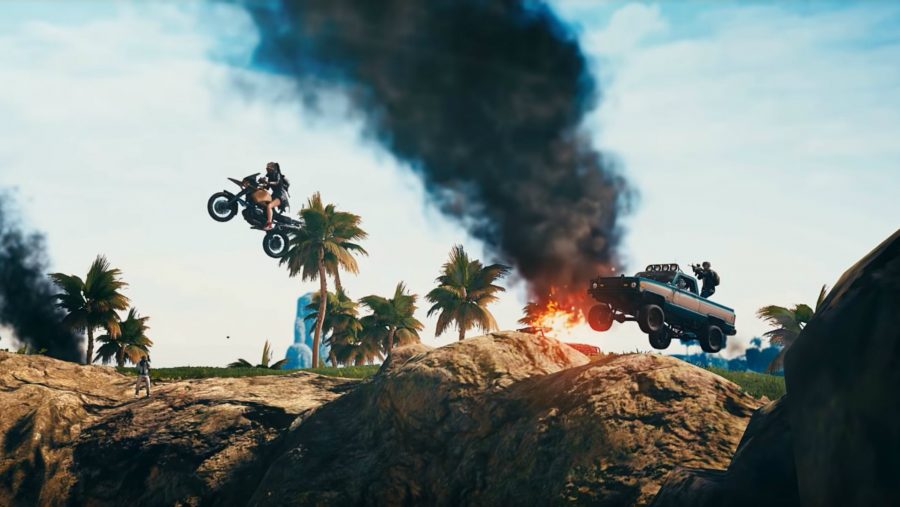 If a player knows where you are in PlayerUnknown’s Battlegrounds they have a great chance of killing you. Driving around in a noisy, bulky jeep or sedan alerts everyone in the area to your presence, making it tough to then go back into hiding. If you are going to use a car, do so to cover large amounts of ground quickly or head to the outskirts of the map for the best gear.

This is not a game for itchy trigger fingers or renegades – just because you can see an enemy, it does not necessarily mean you should shoot them. It is not just that you might miss or get killed by them, it is that you do not know who else is watching or going for the same target. If you do want to rack up the kills, then it is still wise to hold fire until you can claim a quick and easy kill.

Generally, you can tell if a building has been looted from whether its doors are open or closed. If they are open you know a player has been there, taken all the gear that is worth taking, and either left or stuck around hoping to use said gear to kill any opportunistic looters. So when you come to loot a building or use it as a vantage point, close the doors behind you in order to fool other players into thinking it is a safe loot spot. Even if you leave a building it is wise to shut the door behind you to waste the time of other players, giving you a solid head start.

Vaulting and parkour mechanics have made this less essential, but it’s always wise to cover your tracks in PUBG. 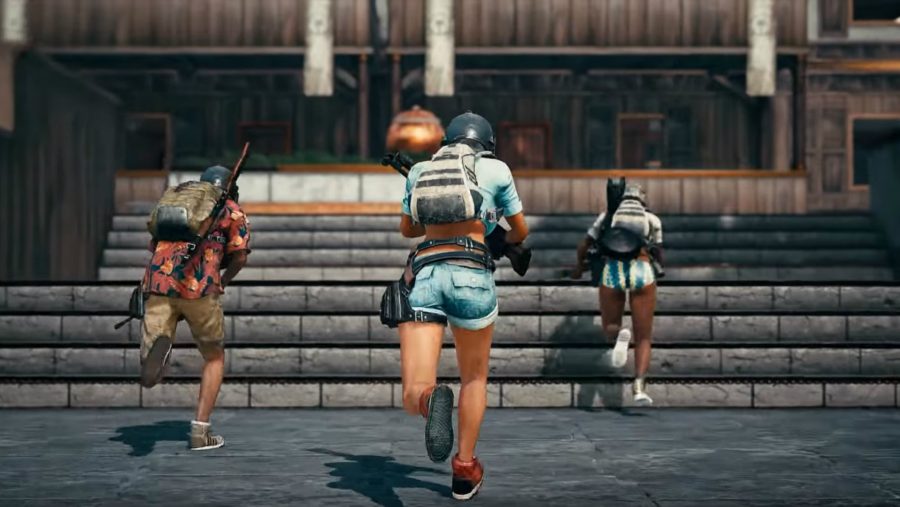 Keep the volume high but the voice chat low

The most essential of all PUBG tips: mute voice chat if you’re playing with randoms. It is just racism and screaming forever and ever.

As for volume in general, you will want to crank it up as high as is safely possible because your ears are as useful as your eyes when it comes to staying safe and alert in PUBG. Most players run everywhere, which makes a lot of noise. Use this if you are camping in a building so you know when it is time to pull out the shottie. Gun shots are a reliable indicator for danger, and playing with the volume set high will allow you to hear even the most distant gunfire.

When you exit the airplane you will have two general options: aim downwards to land as fast as possible, or aim at the horizon in order to put you far away from the flight path and thus clear of other players. Landing fast is fine if you are a quick looter and comfortable in a fight, but if you want safety and time to plan then wingsuit off into the distance. 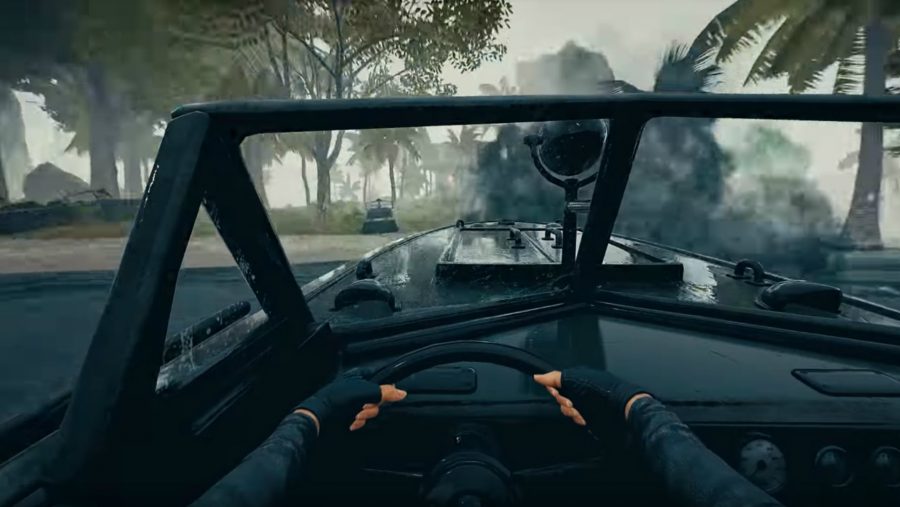 Use the third-person perspective in close-quarters

While aiming down sights gives you the best accuracy, if you’re fighting in buildings then the third-person view lets you see much more of your surroundings – it’s also very accurate up close. Extra tip: you can switch which shoulder you’re looking over by using Q and E.

Headshots in PUBG are fatal if you are not wearing a basic helmet. With even a level one helmet equipped you can survive a headshot from all but the most powerful of weapons.

Play the border of the safe zone

If you want to break into the top 20 players then by all means stay in the centre of the safe zone and keep your head down, but if you are after Rank #1 then you will want to constantly skirt the safe zone’s border for good gear.

As an added bonus, when the zone reduces to its smallest size you will know that your rear is safe, whereas if you were in the centre you would have 360 degrees to cover.