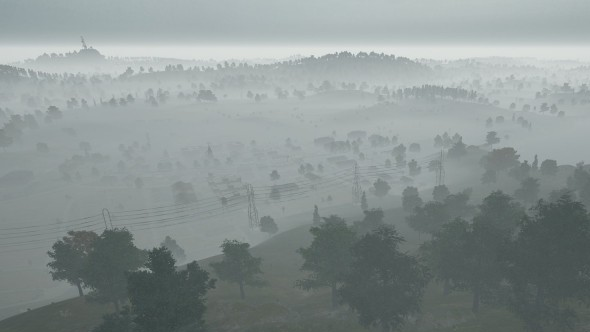 At its core PlayerUnknown’s Battlegrounds is a game about surviving no matter the cost. Death comes fast, is usually bloody, and often arrives without warning. Despite having a map rotation of, err, one, PUBG matches benefit from a strong variation of close, mid, and long-range engagements. PUBG’s island – dubbed Erangel – has been designed to accommodate all styles of play, even under varying weather conditions. But the one exception to this commitment to flexibility is fog, which not only affects a match’s tone, but also how the game is fundamentally played.

Read our Battlegrounds guide for pointers on winning your own chicken dinner.

As you might well expect, fog greatly reduces visibility. This, of course, makes it rather difficult to spot opponents that are more than a few meters away. At medium range all you have are shadowy silhouettes to go on, making moving targets tough to track. Sniper rifles like the Kar98 or SKS are rendered less useful since the visual effect strips away any distance advantage they offer, making assault rifles and sub machineguns the superior choice. 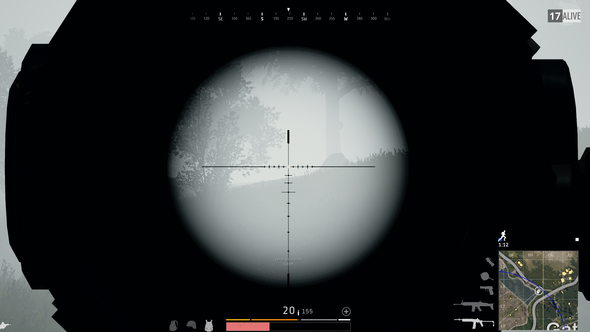 Being forced to adopt specific styles of play in this context is mildly frustrating, especially given how unforgiving PUBG is generally. But the problem is exacerbated by the fact that PUBG’s loot is randomly generated. Because of this, some players will find themselves stuck with a practically useless sniper rifle from the off, putting them at even more of a disadvantage than they might otherwise have been. Erangel is mostly made up of forests, rolling hills, and open fields – none of which work brilliantly under a carpet of fog. Gameplay devolves into a situation where whoever becomes visible in the fog first, dies. In any location outside of the cities or military complexes the debilitating pea souper simply leads to too many luck-based encounters. 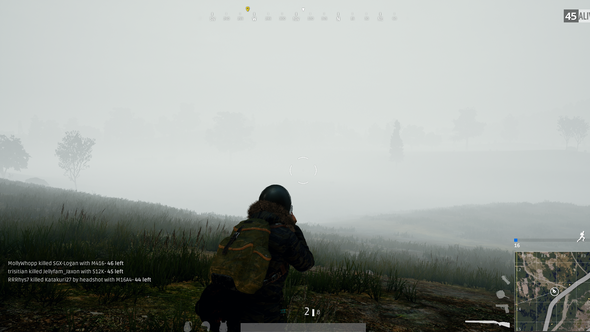 As the boundaries close in, things become truly insufferable. PUBG’s final moments are meant to be a game of skill and wits; outsmarting a foe or taking advantage of a brief opportunity is what it takes to claim that tasty chicken dinner. But when the fog rolls in everything comes down to one tactic: snaking. This shifty tactic sees players crawl through the grass or bushes while prone in order to get a jump on their opponents. Having the climactic moments of a match come down to several people crawling around in the grass is hardly thrilling, even if you pretend that you are playing some long-lost multiplayer build of Metal Gear Solid 3 (a 2004 game that had much better draw distance than this grey hell).

Standing or even crouching is asking to be killed during the final set of circles, since players create that dark silhouette against the fog. While snaking might play a part in the finale of many matches, it becomes your only viable tactic in the fog, which should never be the case. 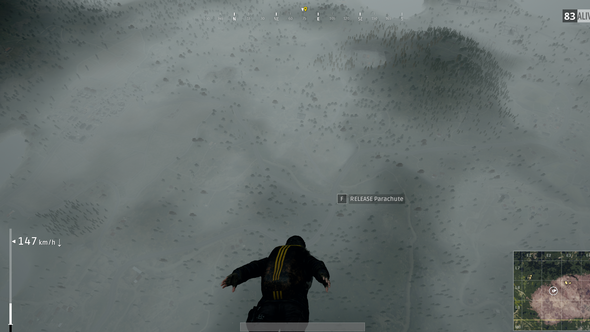 Look, fog doesn’t turn up that often, I know. And I have no issue with PUBG Corporation catering to close quarters players. But I wish they had done it in a manner that doesn’t punish those of us who really enjoy long-range engagements. Don’t get me wrong: I am not calling for the removal of the fog effect. But wouldn’t it be great if it rolled in periodically, rather than covered the map for an entire round? That would certainly provide a better sense of balance. Nothing is worse than spending twenty minutes running around, seeing no one, and then getting shot by a snake in the grass.