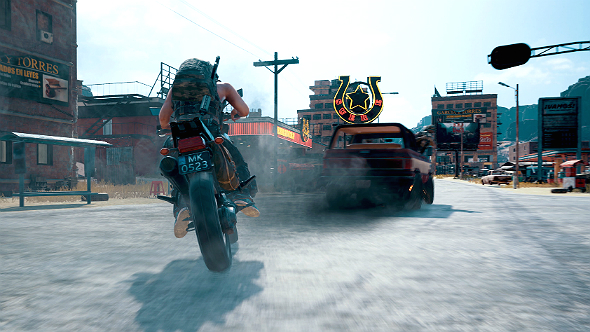 In case you somehow missed it, here’s another reminder – PlayerUnknown’s Battlegrounds is actually out. And as it turns out, when one of the biggest games in the world gets its full release, it has quite the impact on Steam’s bandwidth use.

We interviewed PlayerUnknown to find out what’s coming to PUBG.

In the hours before the game’s final test server update, Steam’s total bandwidth was sitting at around 3,000 Gbps. When the update went live, however, that number nearly tripled, to a peak of just under 10,000 Gbps.

Some time later, when the actual, full, final launch of version 1.0 happened, the rise was even steeper. Almost instantly, total bandwidth rose from 5,000 to 20,000 Gbps, before finally peaking at around 22,000 a few hours after full release. Brendan Greene tweeted last night with a handy graph to put all that in perspective.

Our bandwidth usage on @steam_games for the @PUBATTLEGROUNDS 1.0 launch was pretty nuts! The first bump was the final test server update, the second is the 1.0 launch… pic.twitter.com/X2nykzWPUY

An interesting takeaway from that graph is how much of the bandwidth usage comes from Asia. In a recent podcast with H3H3 (summarised on Reddit), Brendan Greene said that a full 60% of the game’s playerbase comes from China, which accounts for the enormous orange sections of the graph. Trailing significantly are Europe and North America, with a handful of other regions making up the rest of the bandwidth.