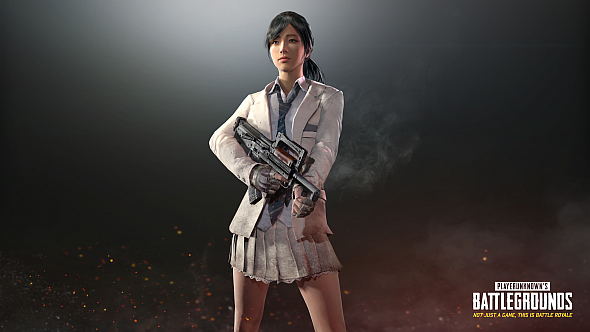 PlayerUnknown’s Battlegrounds is getting cosmetics “inspired by the Battle Royale movie,” Brendan ‘PlayerUnknown’ Greene says in his latest monthly update. He’s now hinted we might see more crossovers with similar properties – such as the Hunger Games – in the future.

We spoke to PlayerUnknown about his inspiration and the success of Battlegrounds. Check out that interview here.

If you’re a fan of PUBG, then you probably know that it came about because of the reputation Greene earned with his mods for Arma 2 and 3, and DayZ. He called those mods ‘battle royale’, after a 2000 Japanese action movie (adapted from a 1999 novel). And, if you take the time to look around as you loot, tributes to his inspiration can be found throughout PUBG.

“I always wanted to put in something into the game that was a tribute to the movie,” Greene tells PC Gamer. “I love that movie and it’s basically where I got started. We have the pan in there because there’s a pan in the movie. It’s been about putting little tributes to the things that have inspired me. Even in the game, the island’s name is named after my daughter, and we have a bit of graffiti – there’s a guy called DevilWalker who got me my first DayZ mod server, his name is in graffiti in the game. I like having the ability to do that, adding in the things that have inspired me into the game to make it a little bit more real to me.”

Some tributes have been snuck past Greene himself, indicating that Battle Royale’s influence runs right through his team. Apparently, his concept artist has included lines from the movie as graffiti in the original Japanese, without Greene’s knowledge. 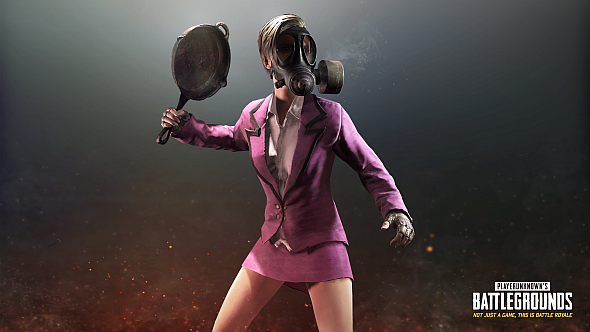 In that it features a dystopian society which drops children into an arena to kill each other for sport, The Hunger Games is similar in concept to Battle Royale (though its author has always insisted she got the idea independently). Asked if further crossovers – say, with The Hunger Games – are possible in the future, Greene says:

“Oh sure, we’re open to anything. Going forward we have a great platform to add some stuff into, to do some themed stuff, I think everything is possible. We’re not tying ourselves to a particular theme, any tie-in that you’d imagine would probably be possible.”