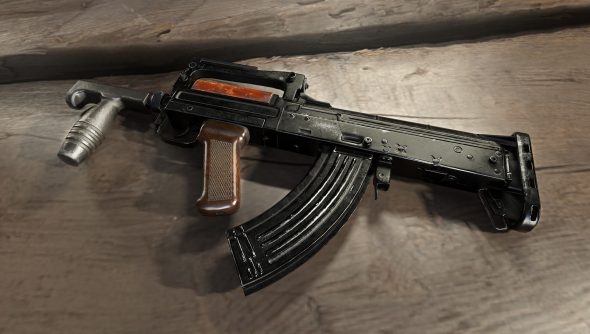 PUBG is evolving much faster than most Early Access games, with significant new patches dropping weekly. The next change to the game will be the first pass on loot balance, which will tweak the probability of a bunch of items spawning in-game.

If you really love the loot, check out our list of the best RPGs.

First things first, though – we’re getting a new gun. That bad boy above is the Groza, a powerful assault rifle that chews through 7.62 ammo, holding 39 rounds at a time. It’ll chew through other players, too, but you’ll only be able to get it in supply drops.

Elsewhere, the VSS silenced sniper rifle will now be a map spawn only, and won’t spawn in crates anymore.

Here are the notes: