What is PUBG mobile? The battle royale genre is showing no sign of slowing down as 100 players are now taking their fight to phones and tablets. It is not just Epic Games that are getting in on the on-the-go battle royale action, either: Chinese tech giant Tencent Games now have PUBG mobile in their quest for a portable chicken dinner.

When we first heard about PUBG mobile, we were sceptical. Our experiences with the PC version have hardly been free of performance problems, so surely squeezing Erangel onto a phone is a technical step too far? And, even if Tencent could achieve such a feat, will it be better than Fortnite’s pocket edition?

PUBG mobile PC cross-play: can I play with my friends on desktop?

The pocket edition of Fortnite allows mobile players to take the suicide option by joining a server of PC players. Essentially it supports PC cross-play, but with restrictions: PC players cannot just join a mobile match to win a cheap victory royale.

In the PUBG mobile trailer we can see what we have all hoped for: Brendan Greene’s seminal battle royale game on a mobile device. If you are still not convinced that this is the real deal, give this a watch.

The PUBG mobile release date was March 19 – yes, it is already out. The required storage space is just shy of 1GB so you should be able to get your battle royale on lickety-split.

PUBG mobile price: how much does it cost?

Unlike the desktop version, PUBG mobile is free to download, so there is no barrier to entry if you want to try it out. 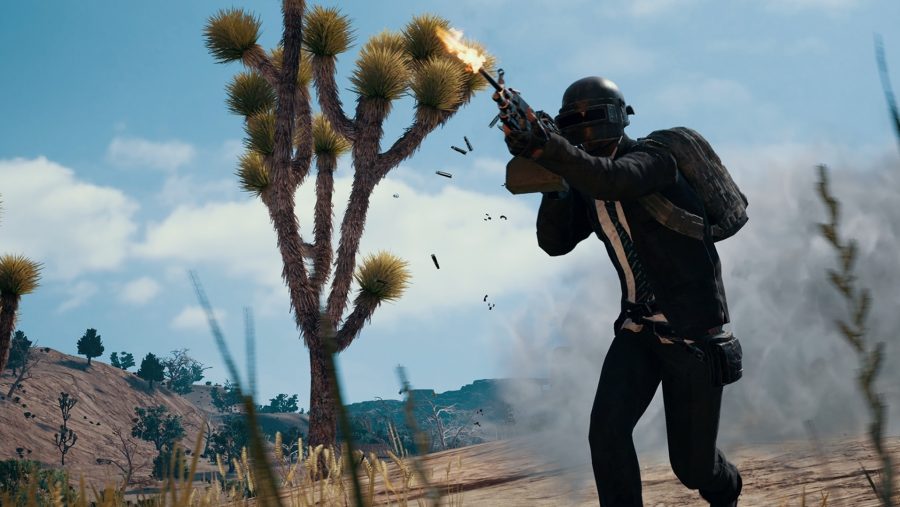 PUBG mobile gameplay: is this the full game?

From our time with PUBG mobile we can confirm that the work put in to make this as faithful to the PC version as possible has paid off: this is definitely the full PlayerUnknown’s Battlegrounds experience on a portable platform.

The menus have been adapted to be more mobile friendly, but the character creation screen and lobby will be familiar to PC players. Solo, duo, and squad modes are all supported, and you can choose between low, medium, and high settings, depending on the power beneath your touch screen.

Erangel has the same design, but, graphically, it is a bit fuzzier – which is not a surprise on mobile. The touch screen UI works about as well as you could hope: you have a faux analogue stick on the left with an option to access your inventory in the bottom-left corner. On the right hand side are your options to crouch, stand, and go prone. Vaulting is also in. 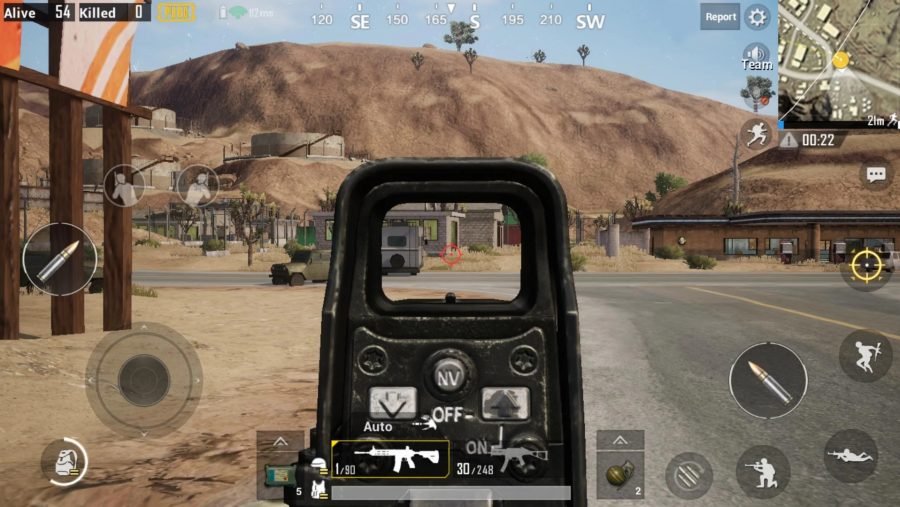 While Tencent promise that this really is the same game, the main difference we can see is during gunfights. It is awkward to aim, fire, and shoot all at once on mobile, meaning that head-to-head battles tend to descend to two people mostly standing still as they fire at each other.

However, one handy feature the PUBG mobile version has over PC is its sprinting. If you jog forward using the touch screen analogue stick and move your finger to midway up the screen you should find it locks into place, so you will keep running without touching the screen. PUBG often requires extended running sessions, so this way you can run desperately for the safe zone while staving off RSI.

Naturally, the power of your phone will impact the game’s quality and performance. Owners of phones with weaker internals might also struggle at long range, too. Fuzziness, blurring, and low-res textures tend to make spotting targets at a distance much tougher.

On a Samsung Galaxy S8 – one of the more powerful phones from 2017 – we were recommended medium settings, which is a little disappointing. While it did not look great, it did not look bad and offered respectable performance. There were some frame rate dips here and there, but that is not something absent even from the PC version. From what we can see, PUBG mobile will faithfully give you the battle royale game you love on-the-go, but it is still better on PC.