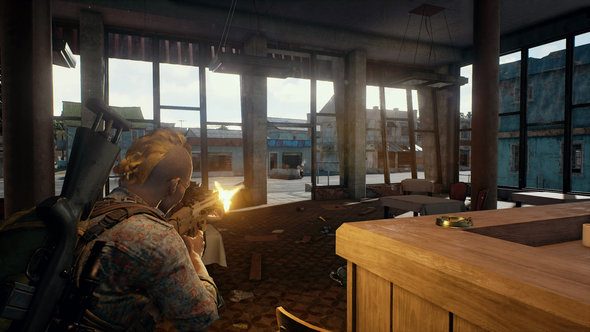 Get your rig ready for the battle royale with our list of the best CPUs for gaming.

Read on for the patch notes:

Original: Today’s intended update for PlayerUnknown’s Battlegrounds has been postponed until next week. The battle royale-style survival game has gained a significant following since its Early Access release in March, already selling over two million copies, with numbers of concurrent players sometimes exceeding 180,000.

The patch itself was to be a sizeable one, fixing a large number of client side issues related to CPU usage, rendering of objects and foliage, and character animations. There was also to be a new sniper rifle and motorbike added to the game.

But in an announcement on PUBG’s official Twitter page today, the studio explained that yesterday’s trial of the patch on the public test server had exposed a number of issues, forcing them to push the patch back a week. They apologised for the delay after adding that they’ll “have more updates on an expected ETA for the monthly patch early next week.”

If you want to get in on the Early Access, you can buy PlayerUnknown’s Battlegrounds on Steam for $29.99/£26.99. You can also check out the full patch notes over at the Steam community page.