For a moment there, it looked as if the top games on Steam would forever be ruled by Valve’s own Dota 2 and CS:GO. After hitting Early Access in March, it took PlayerUnknown’s Battlegrounds just six months to break the all-time record for concurrent users on Steam. It is important to acknowledge the monumental success of PUBG – we would have to go back to Minecraft to find another game that has made such a meteoric impact on PC gaming before it has even officially been finished.

Anyway, you get my point: PUBG is a big deal.

The genius premise behind its success is The Hunger Games: The Game, but good. A hundred players parachute into a gigantic map, scramble together as many supplies, equipment, and weapons as possible, and fight to the death as they are herded into a shrinking play zone. It is not the first game to use that formula, and it has been cloned countless times since its Early Access launch, too, but PUBG is still the best incarnation of that setup around.

Between the military-sim-quality gunplay, two sprawling 16km maps, and an arsenal of over 20 weapons, there is plenty of scope for a strong multiplayer shooter. But it is not scale alone that makes PUBG so magnetic, it is a combination of that unrivalled size with the unpredictability of any given game. In PUBG, everything from the direction the plane flies over the island, to the loot and vehicle spawns, to where the play zone shrinks to, and even where valuable supply drops land, is totally randomised. No drop is ever the same, no journey to the safe zone is ever the same, and no final shootout is ever the same. 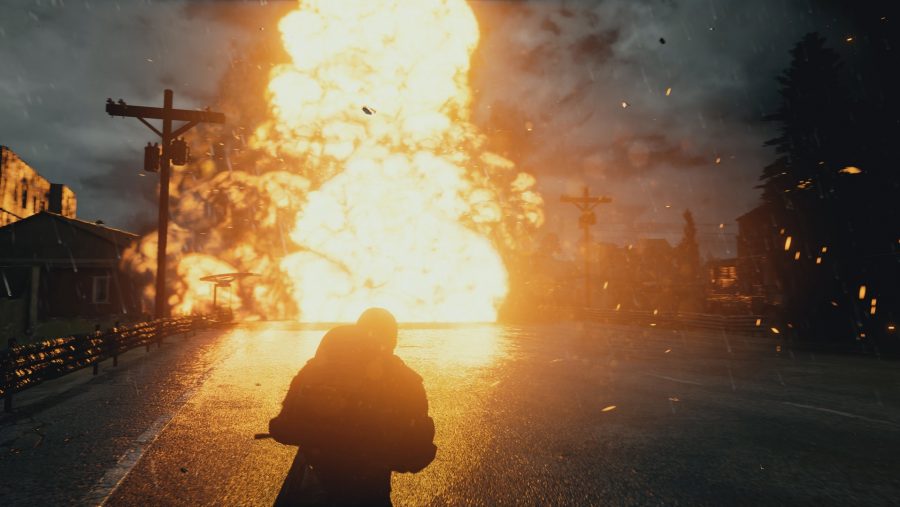 Even when some of the elements do repeat themselves – say, after discovering a favourite area to spawn into – you will have something different to worry about each time. That might be a lack of medical supplies, no long-range weapons, or a seemingly insurmountable distance between you and the drop zone. Maybe a few other players will have marked the same destination on their map, meaning you will have to fight them for the best loot or flee in the hopes of finding good loot somewhere else. Perhaps you will find a vehicle, and perhaps someone is watching that vehicle. You cannot guarantee anything in PUBG.

What that boils down to is a game that is always fresh, even after a hundred hours of play, but also one that requires as much mechanical skill as it does strategic discipline from its players. You’re unlikely to win a game of PUBG by being the best shot, just as hiding in a bush for most of a match will leave you with plenty of tooled-up enemies to deal with.

At any given moment you have a number of critical decisions to make, often fuelled by a feverish panic that death is waiting for you, hidden on the grassy knoll to your left, poised behind a tree on the nearby ridge, or about to speed across the horizon and run you down. The pressure ramps up the longer you survive, kicking in the second you leap from the plane and notice the dozens of players dropping in around you, and lasts until you are finally dispatched by an opponent. If you manage to make it to the last three or four players then expect an adrenaline rush akin to a clutch situation in Rainbow Six Siege. 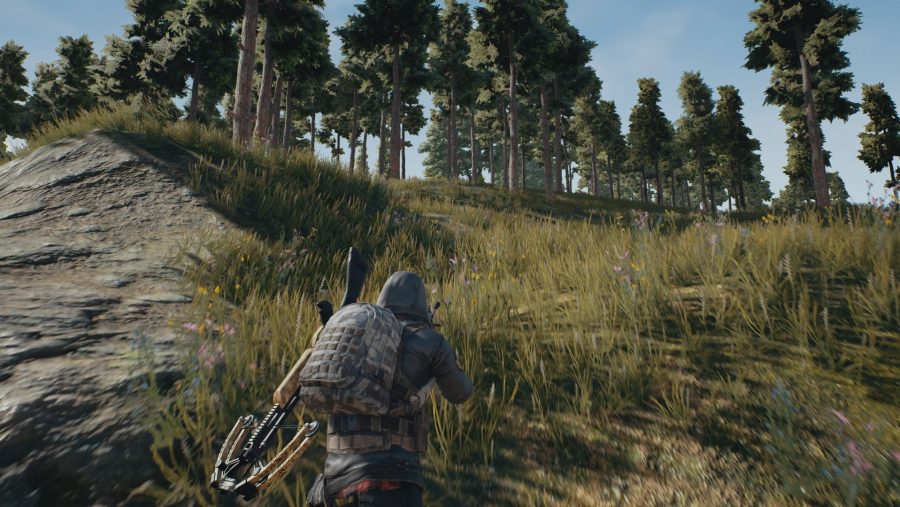 What marks Battlegrounds out among multiplayer shooters is what it borrows from roguelikes: there is an end, but you lose everything when you die – every perfect vantage point, every rare weapon and attachment, every high-level helmet and rucksack. All the hard work and good luck is worthless if you venture into the wrong building or take cover behind the wrong tree – I have even had a jeep land on me while hiding in a bush.

Familiarising yourself with the intricacies of every weapon in the game represents a sizeable learning curve, one matched by the task of getting to grips with the sprawling maps. Gunplay strikes a beautiful balance between Arma-esque realism and the casual weightiness of a Battlefield game. You can go entire matches without ever firing a shot, heaping yet more pressure on you when the opportunity – or need – finally presents itself. Close-quarters fights feel rushed and chaotic, just as they should: you rattle through an entire Uzi magazine in a frenzied encounter, lighting up the room with muzzle flash, frightening yourself with the cacophonous chatter of fully-automatic fire. Long-range clashes are even messier thanks to realistic bullet drop and horizontal lead, regularly ending with players trading blows and then parting ways before the noise attracts others.

PUBG’s transition to version 1.0 adds heaps of new features for players to explore – a second map, new guns and vehicles, seamless vaulting mechanics, a 3D replay system, and UI tweaks aplenty – all of which add polish and variety to the already perfect format. 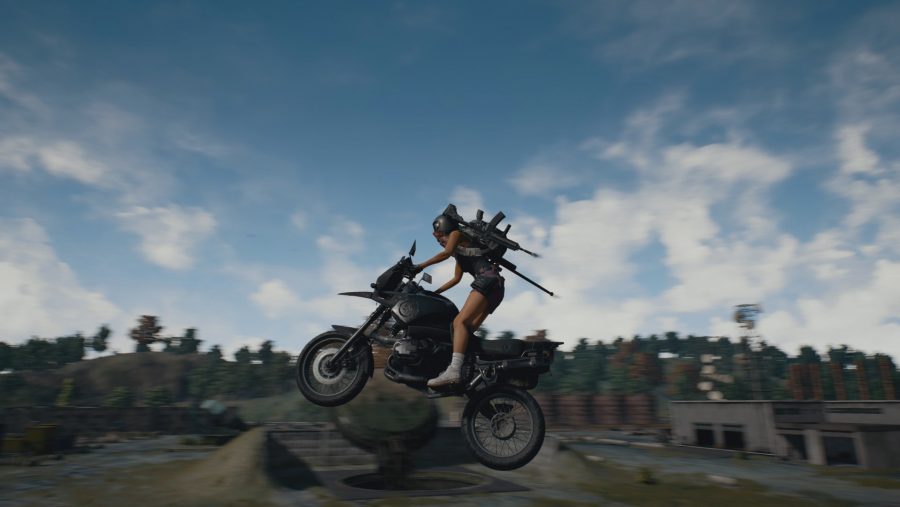 The desert-themed Miramar map has effectively doubled PUBG’s scope for variety and unpredictability. Likewise, the highly-anticipated vaulting update means you can finally scale obstacles and buildings, opening up even more ways to tackle tense shootouts. Vaulting is a sign of the polish that PUBG Corp. have been steadily applying to the game, patch-by-patch, every new coat of paint making PUBG feel more like the triple-A title its popularity warrants. But if you were on board with the concept when it started breaking headlines in Early Access then nothing in version 1.0 is worth waiting nine months for.

Version 1.0 does feel new, however, a whole new battleground to drop into over and over until every gulch, shack, and tall building is etched into your brain. Its arrival alongside the new vaulting mechanic and overhauled UI make PlayerUnknown’s Battlegrounds feel like a finished product, which is a far cry from how it felt when it first arrived earlier this year.

PUBG is the zenith of Brendan Greene’s nearly five years spent working on battle royale games; there is a reason so many other games have opted to copy its structure rather than change it. It has shrugged off its Early Access badge with toil and diligence, adding what was promised and more. It is not perfect. Not quite. Bugs persist, performance and optimisation are still poor, and it still feels a bit… clunky. But those problems have not tarnished the experience in any meaningful way. PlayerUnknown’s Battlegrounds is without a doubt one of the best and most inventive multiplayer shooters of all time, and its persistent flaws have done nothing to detract from that, or its popularity. Perhaps it is not the first of its kind, but it is the purest distillation of what battle royale games are about: self-preservation by any means. And that, as 26 million people have now discovered, is endlessly appealing.