We were given one month to earn all the rewards in PUBG’s first event pass, and I’ve done it – I rushed as PUBG Corp gave us one more week to complete the challenges. The tasks took hours to finish, and although the chase renewed my enthusiasm for the game that shaped the battle royale genre, I can’t help but feel a little cheated.

Don’t get me wrong, when PUBG Corp announced that the Sanhok map would be accompanied by a Fortnite-style battle pass, I was delighted. By that point, the game had fallen behind its competitors and the combat was starting to feel stale. Fortnite felt fresh because Epic Games was adding to it every month, every week. But PUBG was plagued by the same old bugs and the maps were largely unchanged.

Sanhok was exactly what PUBG needed. The introduction of this well-designed 4×4 km map was a return to form: the excitement of every engagement, every storytelling detail in the environment, wrapped up in the drama of the ever-shrinking circle.

But the event pass added another dimension to the game’s latest story. Players were being rewarded for trying different tactics and being a little braver in battle – but not consistently. The Sanhok event pass had 60 missions to complete over four weeks, plus three new missions to complete every day. While most were easy to complete, there were a few missions that encouraged negative play – and that’s where the concept fell short. 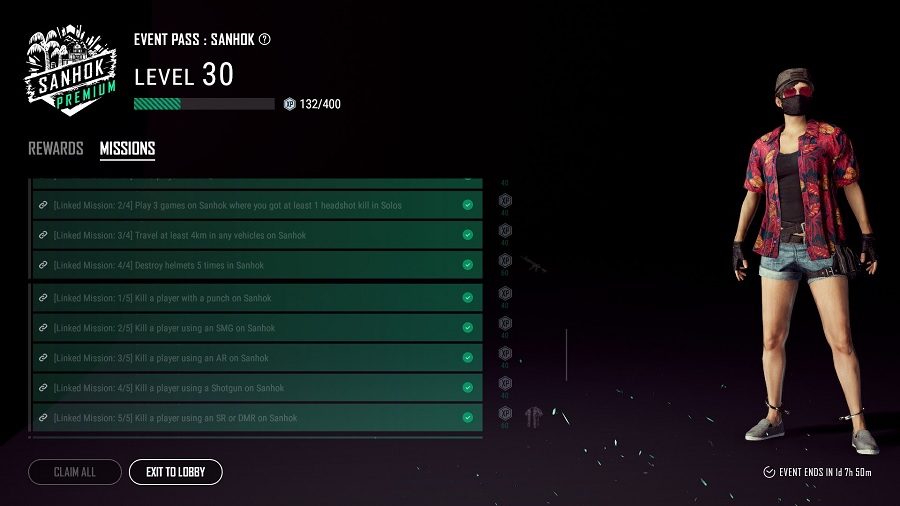 I logged in to the game last week to find one of the daily missions was to die in the red zone. PUBG players joke about dying in the red zone all the time because it rarely ever happens, so the idea of actually asking pass holders to go sit in the middle of the map in the hopes that an air strike will wipe them out is, frankly, ridiculous.

PUBG's jungle map is 4x4 km making it the smallest in the game. With less landmass to traverse you're better off on foot as vehicles make lots of noise that will attract enemies.

Another mission expected you to play five squad games in which you survive for at least 30 minutes before you kill at least one player, which is equally as absurd. By encouraging players to loot up and camp in the forest for half an hour not only undermines the design of Sanhok it actively goes against the nature of battle royale games.

Equally as frustrating were the missions that asked you to get kills with pans and vehicles. While these missions were a laugh to complete, these opportunities don’t come up often, so to expect anyone to achieve them several times in a four week period is short-sighted. If the allotted time the event pass ran for was extended – say, like Fortnite’s 90-day season – these challenges would be more achievable and even more fun to do.

Making sure its playerbase is having a good time is what PUBG Corp needs to focus on with this new feature. The event pass brought previous PUBG players back but the trick is in retaining them. This is where the developer may struggle as while it felt good to have something to work towards, the missions were tedious at times. The next event pass needs to be better if it’s to be successful. 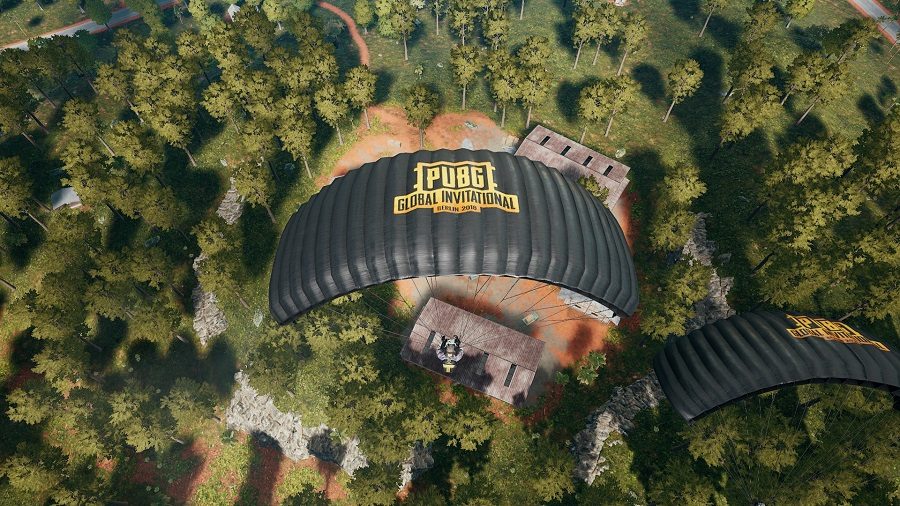 While it pains me to say it – especially as PUBG Corp is trying to distance its game from its biggest rival – I think PUBG would benefit from borrowing ideas from Fortnite’s weekly missions. Similarly, given that PUBG isn’t free to play, the option to buy the next event pass with in-game currency would probably be welcomed by many, so long as that comes with refined missions and a notification system so you know when and what you’ve completed.

All battle royale players will know that practice makes perfect. The same goes for the Sanhok event pass. Let’s just hope PUBG Corp continues to listen to its community and makes the appropriate changes. We want to work for our rewards but not at the cost of our stats.