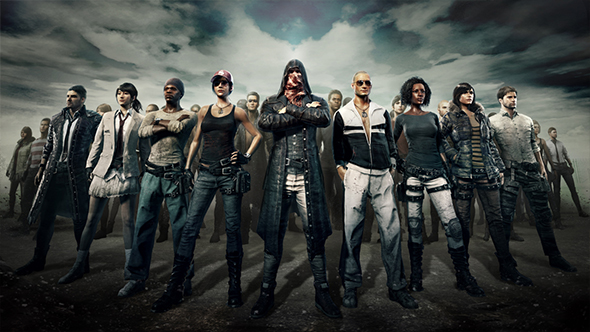 Following its 1.0 update back in December, PlayerUnknown’s Battlegrounds is a fully-released, feature-complete game with ambitions to become a major esport. Unfortunately, it’s got some pretty significant work to do in that regard, as a clip from streamer and ex-CS:GO Just9n shows.

The battle royale genre is set to go from strength to strength in 2018.

Just9n shows a slow-motion clip in which he shoots an enemy player, at point blank range, at least six times. When Just9n checked the in-game replay system, however, not a single shot was registered. That meant that not only did the opposing player survive, but he apparently managed to kill Just9n before the latter could even pull his trigger.

tell me what happened and how we can fix it for next time @PLAYERUNKNOWN https://t.co/JtnamtRsr4

This apparent glitch is a result of the way PUBG’s servers are organised. “In PUBG a lot of stuff is programmed client-side and when you die your shots disappear,” Reddit user HeKaMe says. Unlike in most other first-person shooters, this means that higher ping can actually be an advantage, because the player with higher ping appears later than the player with lower ping. That means higher-ping players can often shoot at their opponents before they appear to the latter, and according to the server, players can be dead (and unable to actually fire) before they pull the trigger, although that might not be what happened on your screen.

Even if, as in Just9n’s video, you see blood-splatter from your ‘shots’, damage isn’t guaranteed. In PUBG, blood-splatter doesn’t count as a hit, because it’s a client-side version of the hitmarker.

The benefit of these types of interaction are relatively specific, relating to moments in which a player with higher ping pushes on a nearby player with lower ping. But with a concurrent player count hovering around 3 million and a not insignificant number of deaths happening in the cramped corridors of Pochinki and San Martin, the likelihood of it actually happening to you is actually reasonably high. For many players, it’s probably little more than an irritation fixed by a quick jump back to the lobby, but if PUBG ever wants to entertain some larger ambitions, it’s the kind of problem the team will hope to fix sooner rather than later.