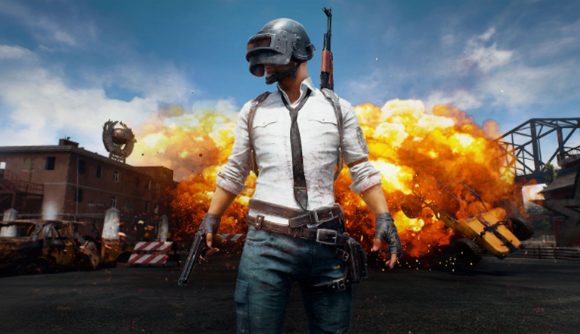 Playerunkown’s Battlegrounds‘ fifth season continues with update 5.2, which is about to arrive on the battle royale’s PC live servers. The update brings changes to Vikendi, a new system called ‘PUBG Labs,’ Spike Trap, and much more.

The PUBG 5.2 patch notes unveil a pretty huge range of changes headed to the game, with the Spike Trap first on the list. The trap comes as a strip that you can lay around the map to take out enemy vehicles. The spikes deal some damage to vehicles’ tyres when driven over, though don’t impact their overall health. They spawn at “rates consistent with other throwables across all maps,” and only damage one vehicle before disappearing. You’ll also need to choose where to put them carefully – you can’t pick them back up once placed.

Developer PUBG Corp. says it’s also “done a clean up of Vikendi to make it more appealing to the Long Gun Hunters in our midst.” The map, set in the Adriatic Sea, gets extra vehicles and roads, and the river surrounding Castle has frozen over, so you’ve got more navigation options around the map. Terrain has changed, making it easier for players to take cover, and the studio has even flattened Mount Kreznic a little: “Yes, we shrunk the mountain, but just a bit.”

In addition, the map’s towns and gameplay balance have been improved. Volnova gets some reshaping, Peshkova sees increased item spawn counts, and post-looting escape is easier in Trevno. Blue Zone balance in the map has been adjusted, with changes to safe zones – early, mid, and late game – and extra vehicle spawns.

PUBG Labs is a new system that gets players testing new modes, rule sets, features and other stuff to help the devs perfect content and understand what the PUBG community wants. Upcoming content headed to PUBG Labs includes Skill Based Rating, which tracks your skill and gives you a rating based on your performances in matches.

Other highlights in the 5.2 update include a new automatic attachment feature that equips attachment pickups to your weapons for you, swimming speed and diving speed increases (around 27% and 20% respectively), and an added Commander feature.

WHEN IS THE NEXT PUBG UPDATE?

According to PUBG support’s tweet: “Live servers will undergo maintenance for seven hours on November 19 4:30pm PST / November 20 1:30am CET / November 20 9:30am KST” for PC players. The 5.2 update will arrive once this is complete.

Head over to the PUBG 5.2 update patch notes to see what else is headed to the battle royale.