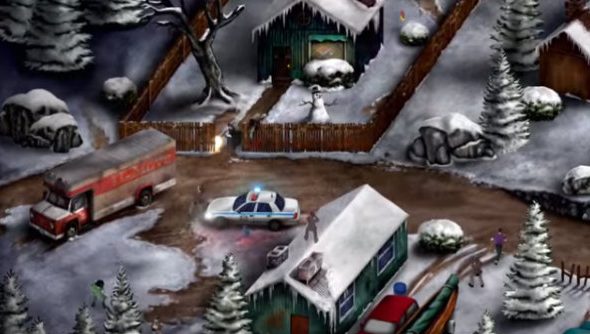 Postal Redux, a HD remake of the notorious isometric mass murder sim from the ’90s, is releasing on Steam on May 20.

There’s plenty of murder in our list of the best FPS games on PC.

Only one of the new levels has been revealed so far and will take place in a carnival. Don’t say you’ve never had angry thoughts about the microphone guy who keeps saying “if you wanna go faster, screeeam” at your local fairground.

In total, the remake will have 17 levels, taking you though mines, military bases, trailer parks, the city streets and more.

“19 years ago, we had no clue of the impact that Postal would have on society and gaming history,” said Running With Scissors founder Vince Desi. “On behalf of everyone at RWS we give thanks for the many years of support.”

Have a watch of the launch trailer:

Linux and Mac versions are planned, but there’s been no date set.