Prey 2 is finally coming out on May 5, but now it’s just Prey, and it’s seemingly got nothing to do with either the original Prey or the earlier vision for Prey 2, and is this all starting to sound a bit confusing? I’ve certainly said Prey far too many times in an introductory paragraph, and now I’m completely baffled.

Here’s everything we’ve got on the Prey we’ve ended up with.

It’s been a decade since the last game, which was also the first game, but the history of the series is a long one, full of ambitious ideas, cancelled games, complete rethinks and persistent rumours. If this is all news to you, read on for our brief history of Prey.

The original Prey launched on Xbox 360 and PC in the summer of 2006, featuring a rare Native American protagonist, a questionable portrayal of Cherokee mythology, and lots of gross aliens. It was quite good, but its central conceit – the use of portals and funky physics – has since been overshadowed by Portal, released a year later.

Over a decade before its launch, Prey was announced by 3DRealms. And over the course of its development, what was originally positioned to become a flagship title went through several iterations, development teams and designers, including id Software and Ion Storm co-founder Tom Hall. What persisted, however, was the sense that something special was on the horizon. The portal system promised to be revolutionary, and the game boasted a giant leap in tech. 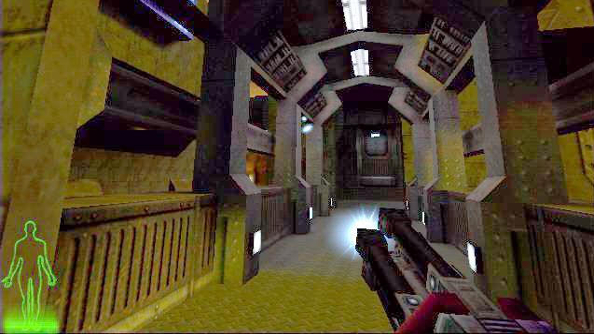 Consider the fact that Prey was in development when Duke Nukem 3D was launched, yet would contain destructible environments and mobile portals that could be used by players and enemies alike. There was nothing else like it.

Five years on, as we rang in the new millennium, Prey looked like vaporware. 3DRealms never officially canned it, but it had been undoubtedly put on the back-burner while Duke Nukem Forever became the company’s focus. And we all know what happened there.

Another five years would pass until the game was reannounced, this time with Human Head developing, while 3DRealms licensed the concept and name. It finally launched in 2006, 11 years after the first announcement. Despite all the delays and soft cancellations, it did actually launch quite a long time before Duke Nukem Forever, and unlike Gearbox’s catastrophe, Prey was well-received. So much so that 3DRealms revealed plans for a sequel. 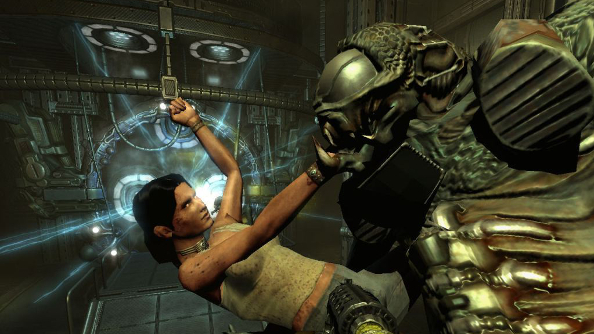 This is where history starts to repeat itself.

In 2009, the IP was acquired by Bethesda, but the new owners were playing things close to their chest. By 2011, however, development had started again, and Human Head were once again at the helm, yet news continued to be non-existent. At E3 that year, we finally got a look at their vision for the game, and boy did it tick a lot of boxes.

This new Prey was a significant departure from its predecessor, replacing portals and alien spaceships with bounty hunter shenanigans. While the trailer gave people sweaty upper lips, there was also the unfortunate news that the release date had been pushed back thanks to development problems. It wouldn’t arrive in 2012, as was originally planned.

“It was a game we believed in, but we never felt that it got to where it needed to be – we never saw a path to success if we finished it. It wasn’t up to our quality standard and we decided to cancel it. It’s no longer in development. That wasn’t an easy decision, but it’s one that won’t surprise many folks given that we hadn’t been talking about it. Human Head Studios is no longer working on it. It’s a franchise we still believe we can do something with – we just need to see what that something is.” 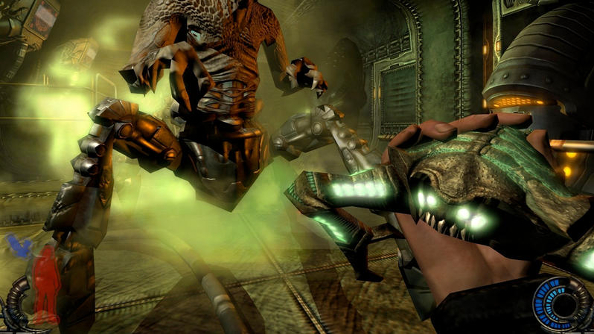 The Curse of Prey continued.

The matter-of-fact cancellation announcement was actually a bit late. It transpired that development on the game had actually ceased not long after the original reveal. “We stopped working on Prey 2 near the end of 2011, and had been working on it for close to two years,” said project director Chris Rhinehart in an interview with Develop. “It was very close to an alpha state, with all major content pieces represented.”

Even before the official cancellation, rumours had persisted that claimed the game was in dire straits, and even that Arkane Studios had taken over development and started from scratch. Bethesda repeatedly denied this. Of course, we now know that this was largely true. 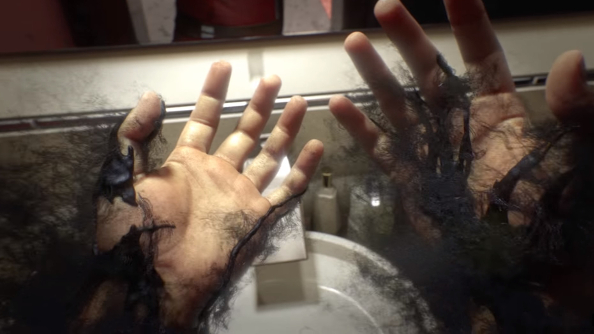 It seems like the troubled past of Prey 2 is being quickly swept under the rug. It’s just Prey now, and doesn’t seem to contain any of Human Head’s original vision. Bounty hunters and sci-fi cities have made way for a monster-infested space station and gross body horror.

The change is unexpected. It makes sense that Arkane would want to make it their own, changing the direction, but the excitement and hype generated by that single Prey 2 trailer is an odd thing to let go. And despite its long history, Prey is not a big name. That wasn’t what sold people on the idea of Prey 2 – we just wanted to hunt down perps in an alien city.

The reboot is now coming out five years after its original launch window. Here’s everything we know about Arkane’s take on Prey 2.