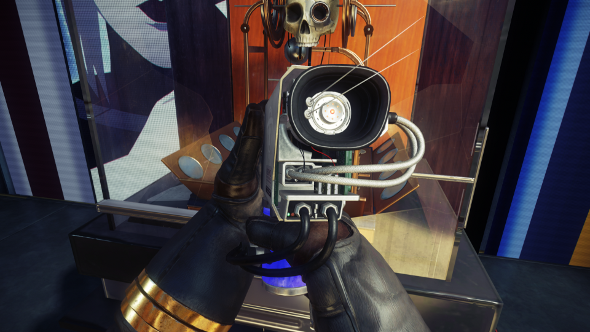 By most accounts, Prey runs pretty well on PC. It’s a relief after the – at best – inconsistent performance of Dishonored 2, the last title by developers Arkane. There is one area, however, that seems to be an exception to this rule.

Our review of Prey is underway and will be ready soon. In the meantime, prepare to fight some typhones with our Prey abilities guide.

That area is the reactor control room, an expansive level toward the end of the game. After smooth performance elsewhere, Reddit user RAWD3AL suddenly found he was having problems, and started a thread wondering if he was alone. It’s drawn about a dozen comments from other players reporting the exact same issue (including one from console-land). Our cheerful rivals at PCGamer also had trouble.

It’s not clear what causes the problem. RAWD3AL says he “revisited the area much later and it ran perfect”, which suggests it might be due to a quest the player has when they first arrive in the level.

It’s worth noting that this hasn’t affected everyone. Fraser Brown, who is working on a full review for PCGamesN, says he didn’t have any problems in the reactor room.

Like most of the Internet, our tech reviewer Matt Purslow was generally very pleased with Prey’s performance. It’s understandable that Dishonored 2’s issues wouldn’t recur given that Prey is made by a different team in a different engine, but we can also imagine that publishers Bethesda might have cracked the whip after Arkane’s last title – which was otherwise excellent – was so overshadowed by reports of shoddy optimisation.