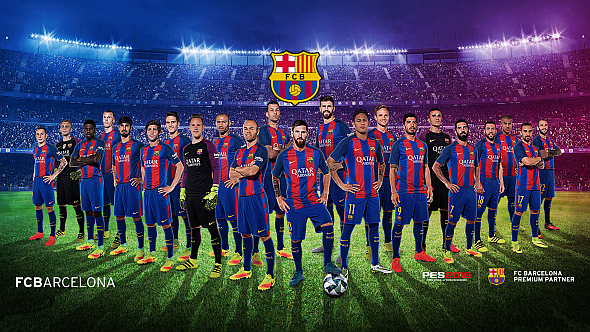 Pro Evolution Soccer games will no longer feature Champions League licenses. Konami’s relationship with UEFA has come to an end, bringing their football title’s ten years of exclusivity to an end.

Check out a history of PC sports games.

The first PES game to feature the Champions League licenses was Pro Evolution Soccer 2009, which was released in 2008. The League, which is a pan-European contest, was followed later by the Europa and Super Leagues, both of which are also run by UEFA. The license was due to run until next year, but it seems it has been cut short.

In a statement, Jonas Lyngaard, Konami’s senior director of brand and business development, said the company “will shift our focus into other areas. We will continue to explore alternative ways UEFA and Konami can continue to work together, as our relationship remains strong.”

The news is a definite blow to PES, a franchise which has historically been unable to compete for licensing rights when compared to EA’s FIFA series, thanks to pockets that seem to be significantly deeper than Konami’s. Don’t be too surprised if you see UEFA licenses pop up in FIFA games in a couple of years or so.