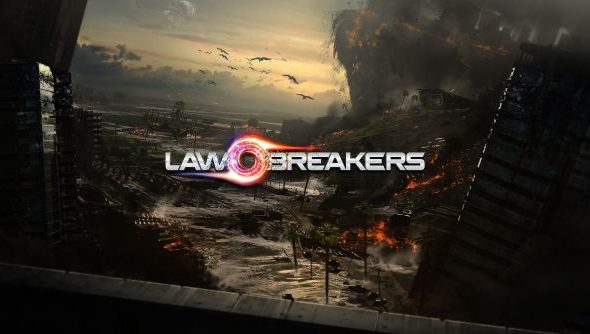 Update 26/08: There’s a semi-drunken livestream going on that’s revealed the name of the game as LawBreakers.

Update 25/08:The second video has been released and it looks largely the same as what was shown at PAX East. Looks like we’ll still have to wait until tomorrow for some concrete new details. Check out the video below.

Update 24/08:The first video has been released and shows only a bit of concept art and some sound effects, along with re-confirmation that the major reveal will occur on Wednesday. The post-apocalyptic theme is also made clear. It’s embedded below.

Original Story:Anew teaser websitehas appeared counting down the hours until this Wednesday, when a reveal will be made about something called ‘The Shattering’. What on earth is The Shattering? Quite honestly, we’ve no idea. But what we do know is this is linked to Cliff Bleszinski, and the artwork on the website suggests we may finally be getting a full reveal of his in-development free-to-play shooter Project Bluestreak.

Bluestreak is a codename for the game, but Bleszinski has noted on Twitter that ‘The Shattering’ will not be the shooter’s real name. So what is it? One thing’s for sure: we’ll all have our predictions shattered when the reveal is finally made.

Despite Bleszinski and his studio Boss Key having shown off a variety of concept art and alpha footage, what we know about the game is essentially nothing. Hopefully this week’s announcement will finally give us insight into what Bluestreak is all about.