A bespectacled mute. The whoosh-beep of an HEV suit charging up. The trajectory of a headcrab. There’s no one thing you could name that makes a game feel like Half-Life. For the international team behind Project Borealis, the standalone fan take on Half-Life 2: Episode 3, it’s a combination of tiny technical details – from matching Gordon’s speed and jump height variables, to nailing the keyframe timing of a familiar animation, or adjusting shaders to better approximate those in Half-Life 2.

“No one thing is the switch that turns on the HL2 juice,” they tell us. “But taken cumulatively these small things come together to get us somewhere close.”

You might think that an obvious shortcut to capturing the feel of Half-Life would be to make Project Borealis as a mod. The series has boasted one of the busiest and most successful modding communities in PC gaming history, spawning the likes of Natural Selection and The Stanley Parable. Yet the Borealis team have opted to build atop of Unreal Engine 4 instead.

“It’s definitely been a challenge to explain this to the Half-Life community, many of whom see using a different engine as a departure from what defines the Half-Life games,” they say. “We’re hoping that our tech demo will be an opportunity for those fans to see that an engine is just a tool, and it’s possible to make a Half-Life game in an engine that isn’t Source.”

Giving up the Source

There’s a philosophical aspect to picking a new engine to make Project Borealis – each iteration of the Half-Life series has pushed PC gaming forward in some way, whether that be 3D graphics, facial animation, or physics. As it turns out, that philosophy overlaps nicely with a bunch of practical considerations, too. 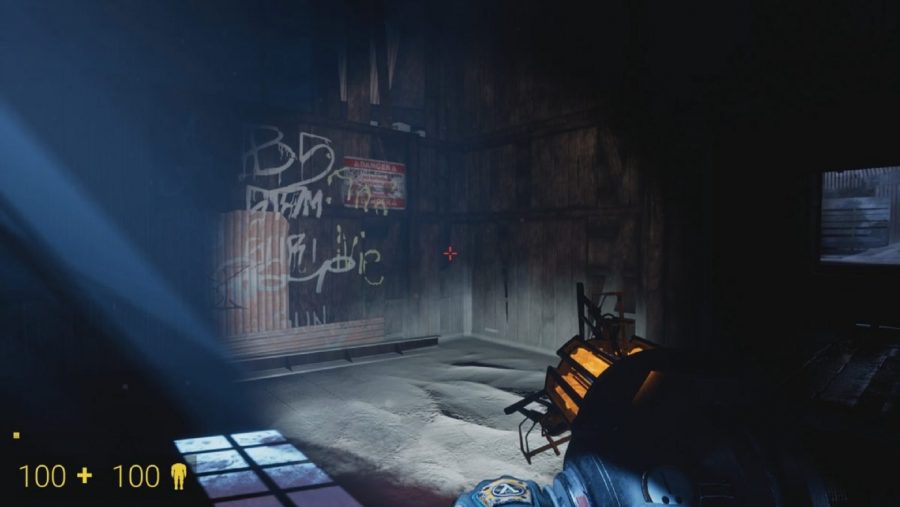 “While it might seem at first that modding an existing game would be easier for us, the Source Engine has unfortunately fallen behind modern game development workflows as well as engine technologies,” the Borealis team says. “Using more efficient workflows means the cost-benefit for development is more optimal for quick changes, prototyping, and massive amounts of polishing.”

It’s worth remembering that Valve decided to license the Quake engine when it first started on the series, for presumably similar reasons – the technologies already embedded in an engine established and tested by a major shooter developer allow a dev team to focus on creating the game instead.

“The editor allows for live changes for almost any value you can think of, and you can quickly iterate upon any logic you want to change,” the Borealis team says. “Unreal Engine 4 also includes state-of-the-art rendering, animation, and physics technologies that were heavy investments in Half-Life for Valve back in the day.”

Sometimes, the greatest innovations have the oldest inspirations. From the ‘90s, Half-Life inherited chunky ‘gibs’ – pieces of organic matter flung into the air upon particularly explosive death or under sustained battering from the crowbar. For Project Borealis, the team has given gibbing the kind of upgrade it has missed in the last decade or so of gibless shooters.

“In Half-Life 2, everything has baked gibs which spawn and give the models the illusion that they’re coming apart, or pre-rendered animations in the case of Episode 2 with the White Forest buildings,” the team says. “In Project Borealis, we’re able to use the physics engine to do this dynamically so that impact points are fully taken into effect.”


The result is some very satisfying destruction, both organic and inorganic, seamlessly integrated into the world. It’s the kind of interconnected interactivity that will reward anyone who ever persuaded a Barnacle to suck an exploding barrel into its maw.

“That’s the charm of Half-Life,” the team says. “Many mechanics are actually quite simple, but their simplicity creates a lot of emergent design that isn’t explicitly designed for. The main difficulty here is just implementing all of those simple components and making sure they interact with each other in the right way.

“There are many features that we want to include from the previous games, and the great thing here is that we have an opportunity to do a small refresh on each one to take advantage of modern technologies and make the game much more enjoyable.”