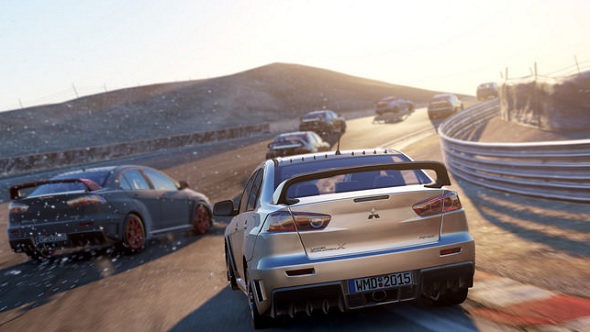 Presumingly dropping off the grid for a spell to undergo some serious tuning, racing fans have not heard much about Project CARS 2 since its successful Kickstarter back in the summer of 2015. It now seems the simulator may be revving itself up to hit the open road soon, as Slightly Mad Studios have teased a potential release for September.

If you want to get your engine running, try out these PC racing games.

In a post by Slightly Mad Studios CEO Ian Bell over on their official forum, he stated that the major delay in releasing information was due to the studio being “a bit behind on GUI and Career” and based on current projections, Project CARS 2 should be coming “Septemberish”.

Responding to the obvious excitement that this post created, Bell returned to the forum with another post to reassure people that this tentative release window did not mean that the game had been delayed. He also politely asked anyone who does have early access to Project CARS 2 to “keep it vague, remember your NDA, and remember it’s still very early days” in regards to design elements like handling and car performance.

Bell did admit that the publicly available screenshots for Project CARS 2 were “killing [him]”, displaying a much earlier build of the game. A new marketing campaign and information release schedule is planned for the next few months, according to Bell, so racers will not have to wait all that long before seeing the progress the team at Slightly Mad have made over the past year or so.

Updated screenshots of Project CARS 2 were recently leaked by the Polish racing site Simrace so if you are really desperate to see how this simulator is shaping up, you can check them out here.