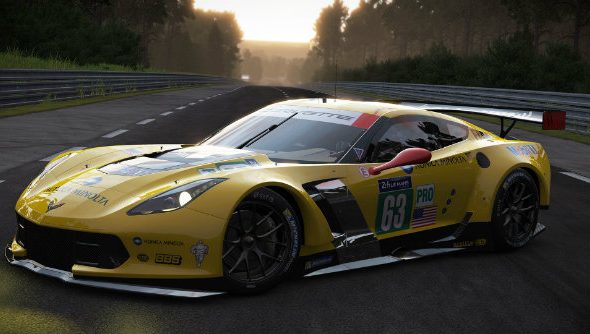 Project CARS is getting a Game of the Year Edition and it’ll be launching this spring. Slightly Mad Studios have released a new trailer to celebrate.

After a bit of a dodgy launch, Project CARS is finally the game it was supposed to be. In fact, it’s good enough that it made it into our list of the best racing games on PC.

As well as the core game, Project CARS Game of the Year Edition will feature an additional 50+ cars – making 125 total – four new tracks, over 60 community-created liveries and all of the features and improvements added to the base game thus far, which apparently amounts to over 500 new bits and bobs.

The new edition will also introduce the famous Nürburgring Combined Nordschleife+ GP circuit and two exclusive vehicles from Pagani Automobili: the Zonda Revolucion, and Huayra BC. These will also be available for the base game. The exclusivity deal means you won’t see them in a racing game outside Project CARS, however.

Here are some lingering shots of a shiny car in the announcement trailer: