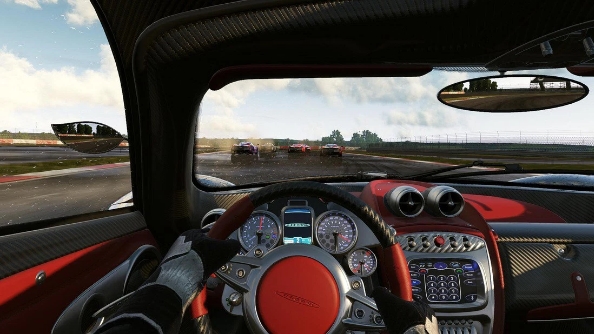 Oculus published a list of 30 launch games for Rift VR this week, and among them was Slightly Mad’s Project CARS. A small surprise, but it also makes a lot of sense: it’s certainly a racing game that’d look stunning in virtual reality.

Now thanks to a quick trailer on Twitter, Slightly Mad have revealed what Project CARS looks like running in VR. ‘Breakneck’ is the word that comes to mind.

Put yourself in the driving seat when Project CARS comes to @oculus #Rift at launch on March 28. pic.twitter.com/36fIUoAjvk

The list of Oculus Rift launch games also included a ‘comfort’ rating for each, with Project CARS being labelled in red as ‘Intense’. That’s certainly the vibe that I’m getting from that trailer, with the speed of the cars combined with the free-look camera.

If you’ve got an Oculus Rift on pre-order, you’ll be able to strap into Project CARS’ VR driver’s seat on March 28th.