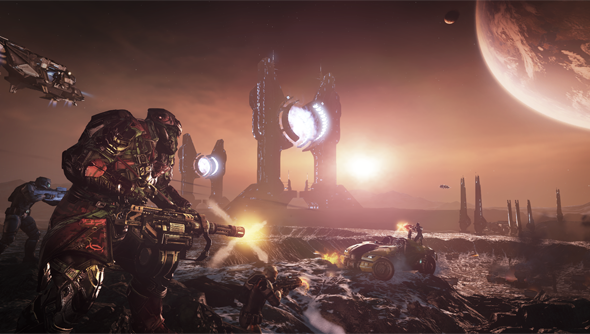 At last year’s Eve Fanfest, CCP announced a free-to-play PC FPS named Project Legion. It was to be developed by the Dust 514 team in Shanghai – built on the PS3 shooter’s foundations but taking into account what they’d learned making it.

The message this year is quite different. Project Legion isn’t dead, but the focus for now is on making Dust better, before working out how it might translate to the PC.

“We’ve nothing new to report on [Legion],” said CCP boss Hilmar Veigar Pétursson during yesterday’s Fanfest keynote. “We’re still exploring in that area. But really the effort is going to continue to go on Dust, [to] keep the momentum we have on that front.” 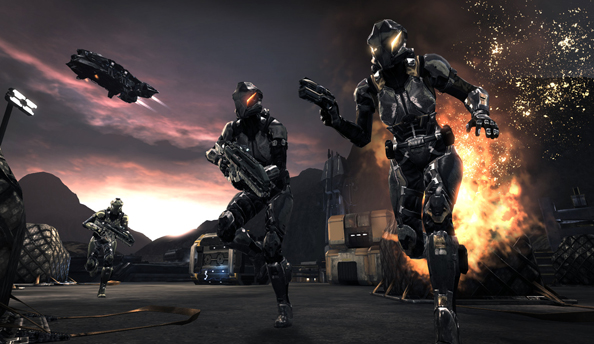 Today, CCP Shanghai managing director Jean-Charles Gaudechon said that Project Legion is “still going through phases in some ways” – but that “New Eden deserves a shooter on PC”.

“I would always like to share as much as possible with our fans and players, but of course it then creates expectations,” he said. “All I know is that we’re working really hard on trying to deliver the best experience.”

Before catering to the different needs of a PC shooter, CCP Shanghai have first set about fixing Dust’s disappointments. In the last year, they’ve worked to improve balance, planetary conquest, and the moment-to-moment action.

“Yes, of course PC is a target because that’s our primary platform for Eve Online,” said Gaudechon. “[But we’re] seeing how Dust is evolving. Making that as good as possible, and then seeing how that translates – if that ever translates.” 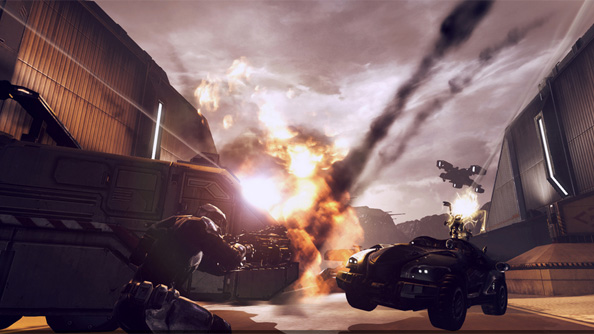 The director said there were “a lot of questions to answer” about the way Legion would be played and its economy balanced for PC.

Asked about the potential for greater inter-game crossover with Eve Online, Gaudechon talked enthusiastically about orbital strikes but re-emphasised the importance of improving Dust.

“I’m going to be honest, we’re focused more on Dust as it is and making Dust a better experience than trying to have more connection with Eve,” he said. “Because there’s a lot already to fix and make better. Then we can go back into the expansionist state of mind and do more that way.” 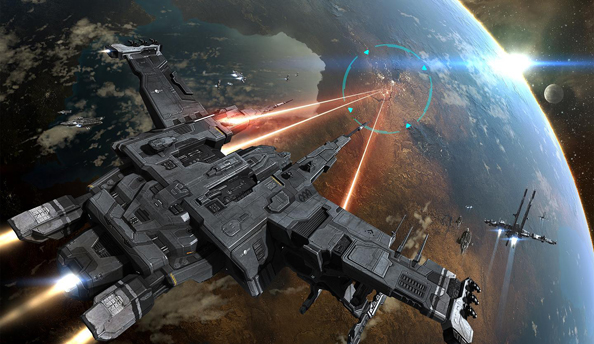 One thing’s clear: Dust won’t be replaced wholesale. Its active userbase has stabilised, and CCP feel they have a duty of care to its players.

“We’re obviously thinking of the future, but I feel we owe Dust players on PS3 everything they deserve,” said Gaudechon. “Which means hotfixes and all the things we can do to keep them happy. We have players right now playing and paying for an experience.”

This week’s Eve Fanfesthas seen CCP unveil four new VR prototypes, just as they did an early version of Valkyrie two years ago. Perhaps next year, they’ll gauge appetite for Legion in the same way.

Do you think Dust can be successfully repurposed for PC?