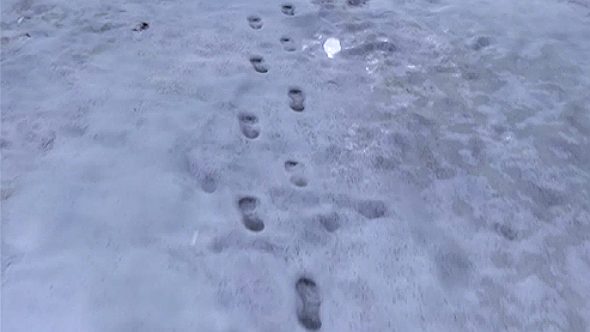 PUBG’s new snow map was teased at Microsoft’s Xbox showcase earlier this week, confirming a year’s worth of speculation about what would follow Sanhok. More importantly, the new snow map has a vague release date: an appropriately chilly winter 2018.

This all came via a snippet of footage at the end of PUBG’s showing at Microsoft’s E3 2018 press conference. Also revealed was the release date for Sanhok – summer 2018, which has now been specified to June 22. Sanhok is significantly smaller than previous the previous PUBG maps, and it seems the snow map won’t be quite as large as what’s come before, either.

Get cold with your friends in the best multiplayer games on PC.

Instead, the snow map will be “somewhere in between” Sanhok’s 4x4km and the previous maps’ 8x8km size, as Brendan “PlayerUnknown” Greene tells PC Gamer. He says the 8x8km locations take “an inordinate amount of time” to get done, and the development team is still settling on how exactly to size the new map with gameplay in mind.

The teaser showed footprints in the snow, leading us to wonder if we’ll be able to track other players by their steps, but this feature isn’t yet locked in for the new map. Greene says they’d like to have that sort of tracking gameplay, “but I can’t promise anything now. It’s very early.”

PUBG map selection options are getting much more limited following the launch of Sanhok, which is likely to be a big concern for players of the battle royale in the months ahead. We’ll see how the winter map shakes things up later this year.