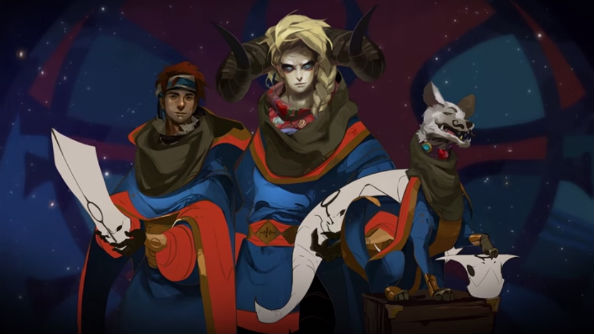 Bastion and Transistor developers Supergiant Games’ have dropped a new trailer for Pyre – their next title that’s basically a speedball-styled arena game wrapped up in a redemptive fantasy road trip. While there’s not much in terms of new gameplay footage or features, the trailer does show off Pyre’s immaculate storybook art style as well as a brief glimpse at what players will actually be doing in the game. Check it out below.

Unfortunately, Supergiant Games still aren’t ready to give a solid release date for the game, and are sticking to 2017 as their only deadline. That could mean it’ll be a heck of a long time until gamers will be able to get their hands on the party-based RPG, but judging by the developer’s previous titles the wait will surely be worth it.