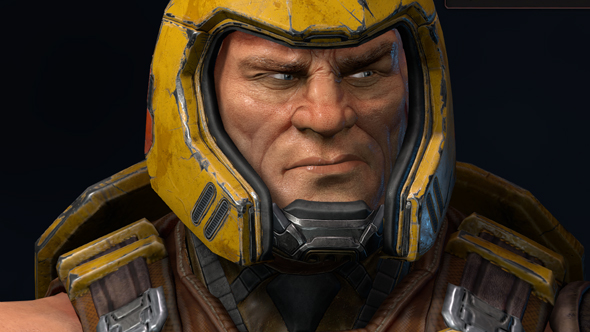 To tell some of the stories behind the characters in Quake Champions, Titan Comics is going to be publishing a series of comics based on the game in August later this year.

Will Quake Champions make our list of the best FPS games on PC when it comes out? We’ll have to wait and see.

Alan Quah – the artist for the recent Dark Souls comics, and then some – is going to be doing the art for the series, although the rest of the people working on them have yet to be announced.

The aim for the comics is to show off some of the background stories, with Ranger, Visor, and Nyx being some of the champions to be named and given a focus. If nothing else – and there’s not quite been a compelling story to Quake so far so we’re not holding out too much hope – it should be rather gruesome, which might suit some people.

More announcements for the comics are promised to be “coming soon”, but for now, you can take a look at some more of the art.