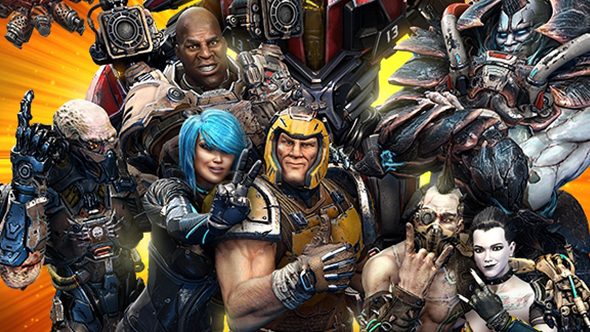 Quake Champions has been free for week now but that promotion was due to end. Instead of doing that, though, Bethesda figures that people might like them to extend it a little longer. The free week has been extended to a free two weeks, and you can continue to hop on Steam and play the arena shooter up until June 25.

The neater bit of this promotion is that once you’ve participated in the free trial, you’ll continue to have access to the game after the event ends. Why, precisely, this is formatted differently than the typical “claim your game from the Steam page” promotion is a mystery to me, but I won’t argue too much when the end result is a free game.

Who doesn’t love free stuff? Check out all the best free PC games.

Quake Champions will be fully free-to-play when it comes out of Early Access, but up until now the only way to get in has been by purchasing the $30 Champions Pack. The free promotion began at E3 during Bethesda’s showcase, with reminders that Quake was the world’s first esport and promises of further competition coming at QuakeCon and Dreamhack Winter. Head over to the Steam page if you want to start polishing your skills now.

The promotion has done great things for the Quake Champions player count, setting a new concurrent player record of 17,332, way up from the previous high of 2,388 according to Steam Charts. The tenor of the average Steam review has also gotten much more positive, with changes like the addition of bots and improved gore proving popular.

It’s certainly a gamble revitalising a classic game like Quake for a modern audience, particularly when it’s an online game to be supported with those controversial live service elements that weren’t there in the yesteryear. But Bethesda’s gimmick to get people on board seems to be working, and a fair few of those players seem keen to stick around.