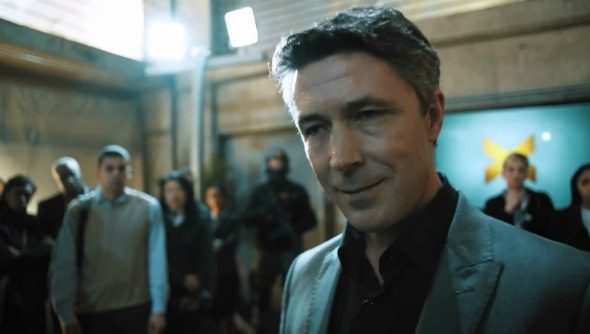 Maybe it’s the post-pop electro cover version of Nirvana’s “Come As You Are” or the weird ripples in the fabric of space, but Quantum Break might be doing something with time travel.

Need to know what else is coming out this year? This list of the most wanted games out in 2016 should have you covered

At least that’s one of the things you can learn from the cinematic trailer Microsoft and Remedy put out yesterday to signal the final stretch before its April 5 release.

Aside from updated versions of ’90s grunge anthems, you can also see glimpses of Sam Lake’s signature set pieces that will give the game that Hollywood Action vibe.

Among the chaos of multiple collapsing structures you’ll also see digital acting from Dominic Monaghan, AKA Charlie from Lost, and Aidan Gillen, AKA Littlefinger from Game of Thrones or Tommy Carcetti from The Wire (depending on your personal frame of HBO reference).

The game will be part of Microsoft’s much-touted multi-media approach to entertainment in the new generation of gaming, with a non-digitally acted TV series to accompany Quantum Break on its release this spring.

Microsoft are still offering a bizarre bundle of pre-order deals for Quantum Break if you buy on Xbox One, including a free PC copy and a 360 copy of Sam Lake’s other game that rhymes with his name, Alan Wake. Not a great deal of use to those of you firmly entrenched on Team PC, though.