It’s no secret that the PC gaming industry has mostly turned its back on physical media in favour of downloadable media. Gone are the days of disc-filled shelves and rentable hard-copies; instead, we have downloadable game libraries and game streaming services such as Google Stadia and Nvidia GeForce Now. This switch to digital media has outpaced advances in internet bandwidth and speed, however, making it difficult for our internet connections to keep up. This might be where quantum physics can save us (no, really!).

Researchers from the University of Leeds and the University of Nottingham might have found a way to transmit data at the rate of 100Gb per second. This is about 1,000 times faster than the (already rather quick) 100Mbps Ethernet connection. Just let that sink in.

Of course, this technology is far from being developed even for specialised purposes, let alone for the commercial market. But sometimes it can be nice to consider what might be in store for us down the line, especially when that something might involve monumental advances in data transfer speed. To help us wrap our heads around the scale of this potential increase in data transfer speed, let’s do some quick, back-of-the-envelope maths.

If you have a Steam library containing 100 games, with 20GB required for each game install on average, that’s 2,000,000MB of data needed to download your entire library. A pretty standard high-speed internet connection might currently offer you about 40Mbps of data transfer, which will download 5MB of data per second. On this fast internet connection, it should take you roughly 111 hours, or four and a half days, to download your entire library. 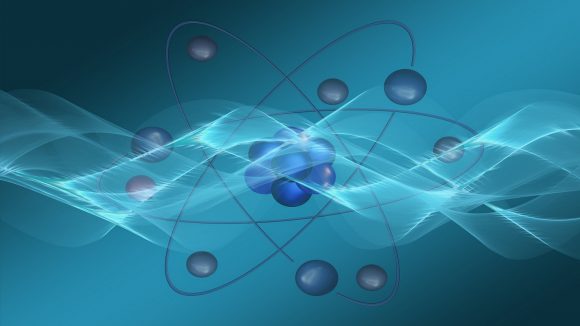 Through the power of some quantum magic that I don’t completely understand (but that I will attempt to explain in a moment), the very same game library could theoretically be downloaded in just over two and a half minutes. Yep, that’s right. Not days, not even hours: minutes – and less than three of them.

Now, I’m not going to pretend to understand the intricacies of the process that lets these wizards think they’re going to be able to do this, but the general idea seems to be to use Quantum Cascade Lasers (QCLs) that release light in the terahertz range of the electromagnetic spectrum, rather than standard QCLs that don’t.

These lasers would need to modulate and pulse around 100 billion times per second. By using acoustic waves rather than the electrons that a standard QCL would use, it could vibrate ‘quantum wells’ (be careful you don’t both simultaneously fall in and out of one of those!) in a way which lets them produce terahertz light with rapid enough modulation to transfer data at such incredibly fast speeds… yeah, I’ll stick to the PC hardware. If you’re a science buff and want to hear more about it than you have from my haphazard, explanation, their research paper is available to read for free online (Dunn, A., Poyser, C., Dean, P. et al., 2020. High-speed modulation of a terahertz quantum cascade laser by coherent acoustic phonon pulses. Nature Communications: 11, 835).

Long story short, some very clever people have come up with a way to massively – massively – increase data transfer speeds. Such advances hitting the commercial market are almost certainly a long way off, but for us gamers who have been pushed into a digital-only world with internet bandwidths that are somewhat lacking, hearing about a brave new world, where data centre-sized game libraries can be downloaded overnight, makes the future seem a little more hopeful. With it seeming like quantum computing will be the next big thing, we’ve definitely got good reason to be hopeful.