A third of the buildings in Radical Heights are still completely greyboxed. Common bugs range from infinite loading screens to every player spawning into one terrifying mass in the match lobby. It has $100 currency packs, its female character models are pending, and it looks and runs like it was made 20 years ago. Every single aspect of this sophomore release from LawBreakers studio Boss Key Productions reeks of desperation. And yet, here I am, still having fun with it.

After more titles from this burgeoning genre? Here are the best battle royale games on PC.

After seven hours of Radical Heights I have only managed to claim a single victory. What is perhaps keeping me going is that, for the first time while playing a battle royale game, I have found kills relatively easy to come by. This is due to a very short time to kill and generous spray patterns with SMGs and ARs. In most matches – at least, those in which I was able to grab a gun – my kill count neared double digits, which has only happened a handful of times across the hundred or so hours I have spent with Fortnite and PUBG. 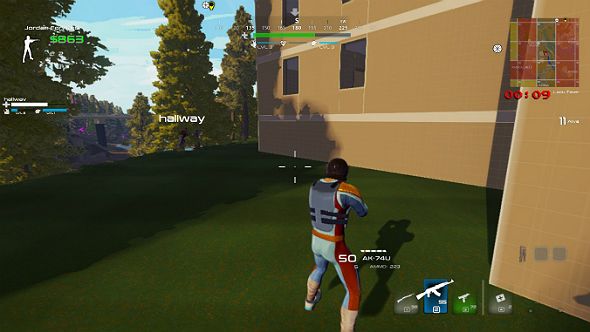 Weapons are surprisingly scarce, too, which is where Boss Key’s spin on the genre comes into play. In Radical Heights, the idea is for you to earn cash by picking up loot like TVs and cassette players, and then use that cash at gear machines to buy weapons and armour. Cash can also be banked at ATMs for use in subsequent matches, letting you buy a great loadout within a minute of dropping into the map. However, in practice this is rarely the case.

If you find an ATM and plenty of gear machines upon landing then chances are you will be killed by another player while withdrawing cash, which can only be done $100 at a time, making the process of buying a $3,000 AUG agonisingly slow. Meanwhile, a player who drops nearby can collect some petty cash, a serviceable SMG, and a helmet or some armour while you are still counting bills.

Money does factor in occasionally, letting you quickly adapt your loadout as you run through buildings en route to the safe zone. It drops in large quantities from dead players as well, prompting more aggressive play in situations where you might normally let an enemy pass you by. Ultimately, money provides you with a means to even the odds if you have had no luck with loot. 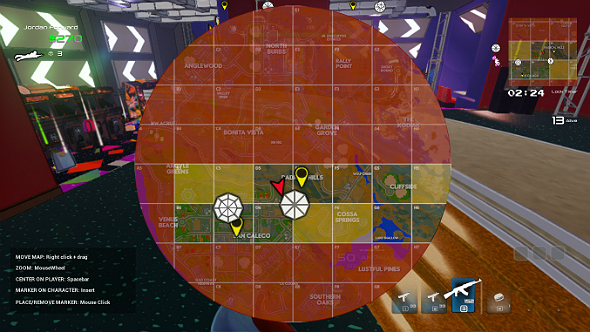 Other adjustments to the battle royale formula are more successful still. For example, the map shrinks over time not by having a border creep inwards, but by having random grid squares close off, so it can dissect from the centre, too. The final phase works as it does in both Fortnite and PUBG, but the journey there can take multiple forms. The play zone can be a corridor, a ring, something resembling a lowercase ‘h’, a snake… you get the idea. Traditionally, all 100 players share roughly the same central destination, but in Radical Heights players are moving in all directions, which causes skirmishes in every playable grid.

Even corny additions like action rolls and BMXs make a huge difference to the feel of Radical Heights, making it a much more mobile battle royale than its competition. Quick-thinking players can escape a hail of bullets with a side roll, while the unpredictable physics of the bicycles and their ability to bunny hop puts them on par with Fortnite’s Launch Pads in terms of their propensity for big, stupid plays. Likewise, the total absence of fall damage is a liberating experience, letting you leap from a four-storey building without worrying about your ankles – helpful for avoiding confrontation and downright essential when the game’s physics catapult your BMX into the stratosphere. 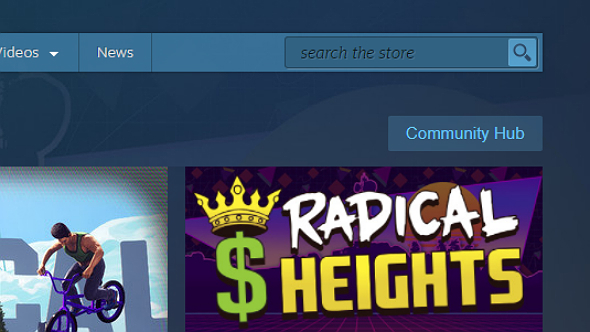 Yep, Radical Heights is fun, despite being a game that’s been cobbled together so fast the designers don’t seem to have noticed that the dollar sign in the logo makes it read ‘Radical Sheights’. All caveats aside, if you want to dive into a battle royale game then Radical Heights is probably the most accessible one on PC right now. That doesn’t just come down to its free-to-play pricing structure and modest 2GB download size – the movement is light, the shooting arcadey, and the speed with which you can rack up kills serves as a simple enough hook. All of this will be for nothing, however, if Boss Key can’t keep enough players around while the gargantuan task of turning this into a polished game gets underway.

Played Radical Heights yet? Let us know what you thought of it in the comments below.