The next Rainbow Six Siege attacker, Maverick, is something of a Swiss Army knife: he can breach, destroy gadgets, and open up lines of sight through floorboards.

Having Maverick on your team means you don’t have to bring previously essential operators like Thatcher, Sledge, or Hibana. His gadget is one of the most versatile in the game, and can used for everything from creating murder holes to taking down Deployable Shields, and even making entry points if you use it sparingly.

Maverick is the attacking team’s Jack of all trades, so there’s a lot to learn if you want to get the very best out of the Operation Grim Sky attacker. His Breaching Torch has countless interactions with enemy gadgets that you’ll want to know how to use effectively so you’re not left fumbling around with it in the field.

To ensure you’re ready for the release of Grim Sky, we’ve lovingly prepared this tips and tricks guide to Maverick, covering everything from his loadout and what you can use his torch on, to which operators you should bring alongside him.

Maverick’s blowtorch can burn through practically everything: soft cover, reinforced walls and hatches, Castle’s Armor Panels, Deployable Shields, Evil Eye cameras, and even people. You can carry five fuel tanks for the Breaching Torch, which is an indicator that you should expect to do a fair bit of reloading if you want to create a gap large enough for someone to traverse. The Breaching Torch makes very little noise and doesn’t produce lots of sparks of particles either, so it’s possible to create murder holes with this gadget without drawing too much attention to yourself. 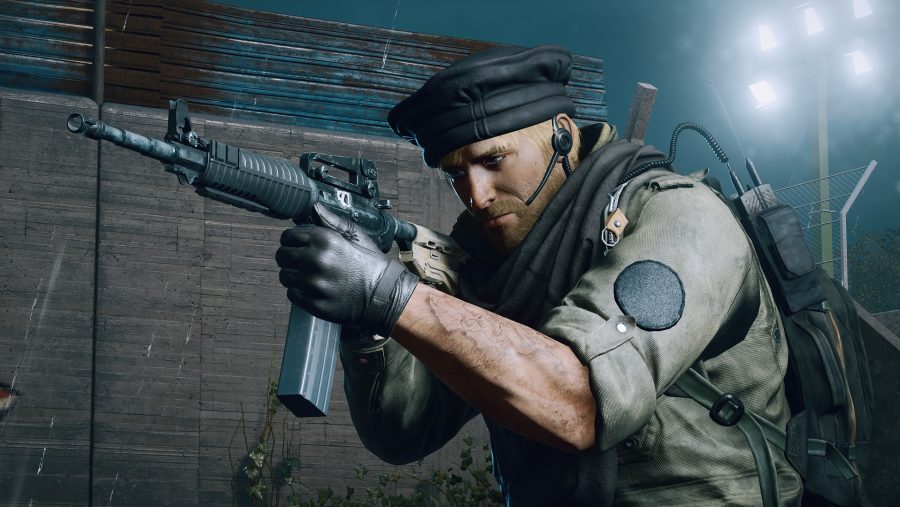 This AR-15 has been modified to carry a .50 calibre upper receiver, meaning it can drop enemies with alarming ease. Two shots to injure and very little kick make this an excellent weapon for picking off defenders over long distances.

If you’re familiar with Ash’s R4-C then you’ll be right at home with Maverick’s M4. It’s essentially the same gun except it does more damage (44 per shot) and has a slightly lower rate of fire (750 rounds per minute).

One of the most lethal handguns in the game, the 1911 TACOPS downs in a few hits, but its low ammo capacity and hefty recoil make doing so tricky.

Maverick has two strong options for secondary gadgets: claymore and smoke grenades. While you can pull off some devious trap kills by combining murder holes and claymores, you’re better off taking the smoke grenades as these are very useful for covering yourself while you carve open a reinforced wall. Furthermore, as Maverick partners so well with Glaz, having an extra couple of smoke grenades is incredibly helpful. 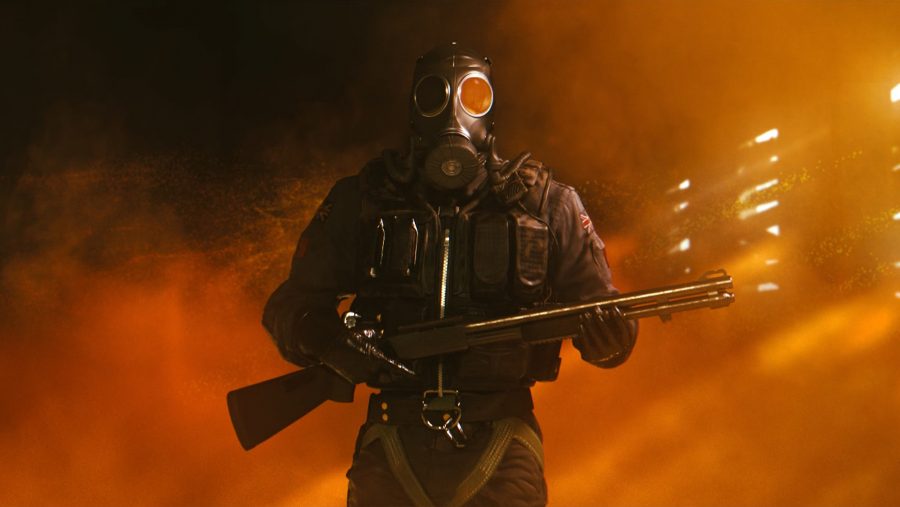 There are no direct counters for Maverick to watch out for, but some defender abilities and gadgets are tough for him to overcome. Smoke’s poisonous gas grenades can deal damage through walls, so watch out for these while you’re melting away surfaces with the Breaching Torch. Similarly, if you’re using the torch on floors be aware that a well-placed C4 can kill you from below. Mira’s Black Mirrors are also tricky to take care of when playing as Maverick – whereas Thatcher and Hibana could handle this situation remotely, Maverick has to get in close.

Maverick’s Breaching Torch is adept at quietly cutting through surfaces, even in the presence of a Bandit Battery or Mute Jammer, so one of the best ways to play Maverick is as a substitute for Twitch or Thatcher. To do this, simply cut a hole or letterbox in the base of a reinforced wall, peer in, and shoot out any gadgets you spot. This can also be done through floorboards to achieve the same effect as Buck or Sledge, but without revealing your position to everyone. 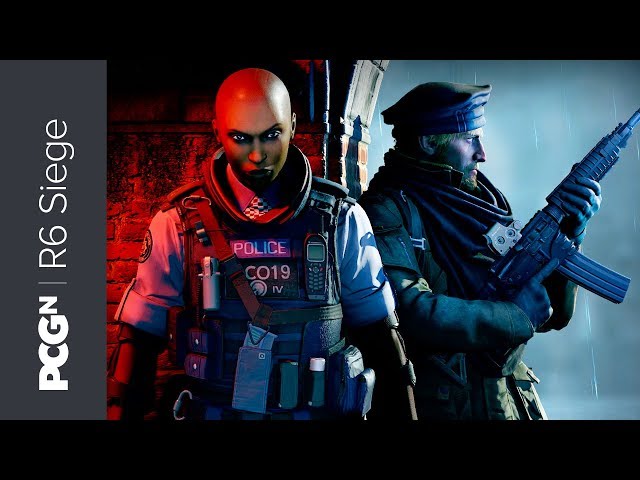 Maverick can also replace Thermite and Hibana in a pinch, as his Breaching Torch carries enough fuel – if used economically – to create entry points. You can either use all of your fuel tanks to create a breach large enough to run through, or open up a couple of smaller gaps that you can either crawl or vault through.

Try taking Maverick into a custom game and practising with his Breaching Torch. His gadget takes a lot of getting used to, and the quicker you are with it the more spare fuel you’ll have to open up new surfaces.

If you don’t need to take out gadgets or create new doors then another effective way to use Maverick’s Breaching Torch is to melt tiny murder holes in reinforced walls, or even letterboxes that look into the objective site. Even a small gap is sufficient to lock down a key rotation route or force a defender out of a corner, so murder holes are great for controlling the objective without having to commit to taking the site. Maverick carries enough fuel to do this on several reinforced walls, so you should have no difficulty turning a reinforced room into Swiss cheese. 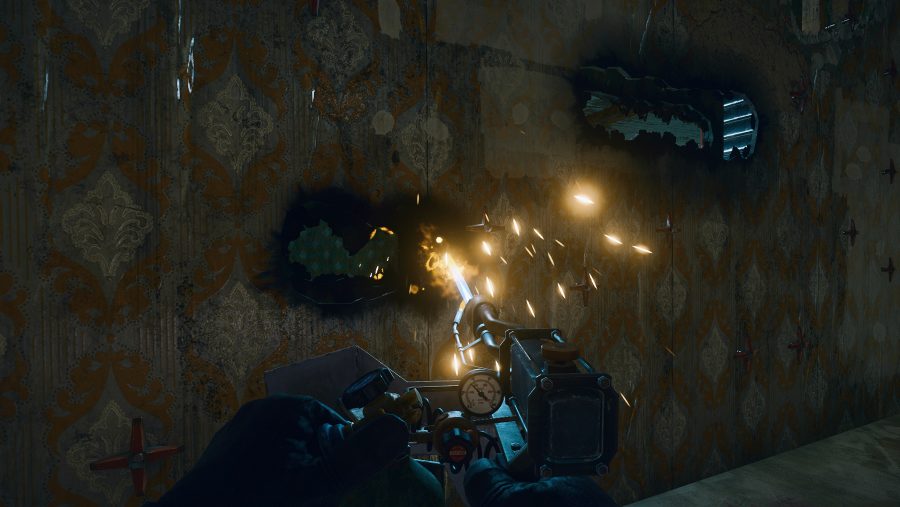 Very few operators – especially on attack – benefit from equipping a suppressor, but you can argue the case for Maverick using one. As the Breaching Torch can quietly create murder holes, if you do manage to catch a defender off guard and kill them, you won’t have alerted the rest of the enemy team to your position.

If anyone can make the most out of miniscule murder holes it’s the Spetsnaz sharpshooter himself, Glaz. This operator can make the most of Maverick’s murder holes by honing in on any slithers of yellow he can spot with the thermal scope of his OTs-03 DMR. Glaz also carries smoke grenades, which can be useful for covering Maverick’s breaches – alternatively, Maverick can use his smoke grenades to help cover Glaz as he pushes into an objective.

Castle’s Armor Panels can be a nuisance when attacking an objective as they block not just entry into an objective, but also line of sight. Maverick offers you the choice to either take down an Armor Panel or cut a window into one if you just want an additional angle on a corridor or room. 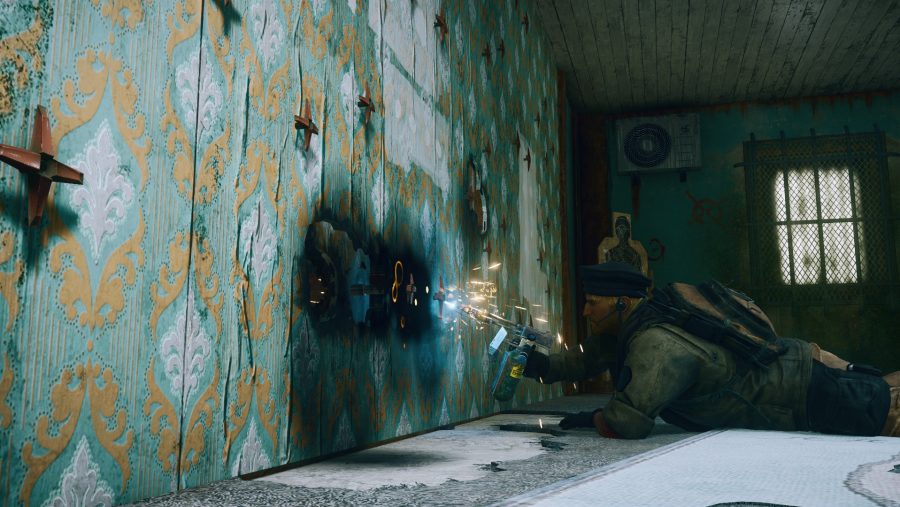 An established tactic for defending a defuser is to watch it from a distance, or hide around a corner and wait to hear someone attempting to destroy it before running and and killing them. Maverick’s Breaching Torch can be used to create new lines of sight to help you defend the defuser from outside of the objective room.

Try carving a very small, ground-level hole in a wall with the Breaching Torch and then place a claymore so at least one of the trip lasers protrudes through the opening. Nine times out of ten no defenders will walk past it, but when somebody eventually does you’ll have a free kill and possibly even a rage quit to show for it.

One of the limitations that affects both Ying and Zofia is that for their projectiles to work you need to have a good angle on the objective. Maverick can create openings at the top or side of a reinforced wall that Zofia can use to bounce in Concussion Grenades, or he can create small openings along the ground level for Ying to roll in Candela Charges – this is especially useful for getting around Jäger’s Active Defense System. Attacking operators who carry frag grenades also benefit from this, as their grenades can reach targets they wouldn’t normally be able to when thrown through a window or door.