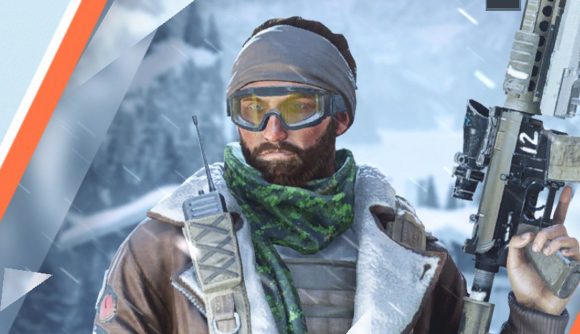 Rainbow Six Siege is once again delving into the wild world of battle passes, and the Around the World battle pass is another premium chance to earn additional cosmetic items. Players aren’t altogether thrilled with this iteration of the pass – more on that in a minute – but the top end reward will net you a new look for Buck.

The Around the World battle pass is scheduled to last for just one month, and has just 35 tiers to progress through. As always, there’s a free tier with a limited selection of goods to unlock, and a premium version with loads more content. The Mire Hike uniform for Buck is the highest reward, and features a swanky hunting jacket for the operator alongside some intense green camo pants.

The rewards do not, however, include very many R6 credits – the game’s premium currency. The pass costs 1200 credits, or 840 if you have the Year 5 pass, and offers only 600 credits for progression. That’s in contrast to other battle pass-driven games like Fortnite and Apex Legends, where you can earn your money back plus a little extra.

The Around the World battle pass will be available until April 22. You can get further details on the pass at the official site.

Unlock new rewards while you play with the Around the World Battle Pass – available now through April 22!

Rainbow Six Siege Year 5 is now well underway, and Ubisoft is trying a load of different things in this transitionary period. You can find plenty more details on what to expect at that link.