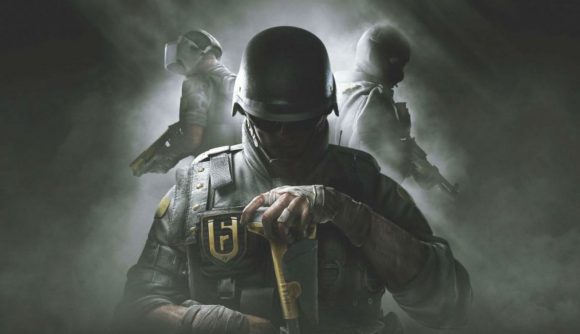 Ubisoft is offering in-game rewards for Rainbow Six Siege bug reports in a bid to quickly stamp out issues. Its all new Bug Hunter Program will let anybody on the Test Server make reports and build their reputation.

To motivate players, Ubisoft is bringing back a reference to one of its most hilarious bugs – raptor legs. Players who discover three issues will receive a cute Frost charm to immortalize the piece of Siege history.

The developers are working on further prizes for later thresholds but aren’t ready to reveal any details. Either way, you won’t get credit for just any report.

“All issues need to be in English, clearly stated and with visual evidence, either a screenshot or a video that clearly shows the problem,” explains Ubisoft in a blog post. “Only the first person to report the acknowledged bug will receive credit towards the rewards.”

The competitive aspect at play here is quite a clever one. If players want credit they’ll have to beat everyone else to the punch. This should encourage timely reporting and generally good reporting practices.

If players don’t give a detailed description of the bug, devs also won’t be able to reproduce it, so they’ll get no acknowledgment. Players can file via R6Fix, which Ubisoft says has had 7,000 bug reports since its launch last year.

Though some disagree with free, crowdsourced testing, it’s clearly effective. Naturally, being based on the Test Server, it will also be PC exclusive. This has angered some console players, who already feel they’re missing out.

Fortunately, those players could have some new content soon. Ubisoft is reportedly working on two new operators for Siege, Nökk and Warden. Recently, it reworked Lion in response to high demand, decreasing “the oppressive feeling of his ability” while maintaining the intelligence gathering aspects.