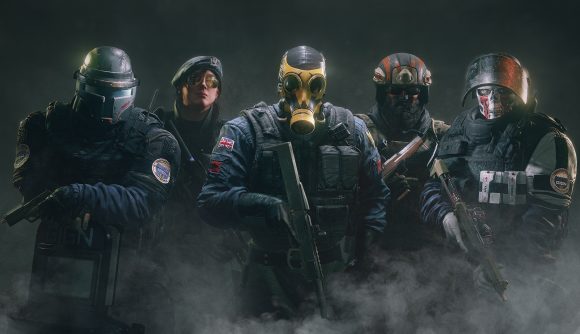 The names of Rainbow Six Siege’s upcoming Danish and Secret Service operators seem to have been leaked. According to the same resetera source that leaked the game’s recently-added Australian characters, the new operators – who will appear as part of Year 4 Season 2 – will be named Nökk and Warden.

Nökk will be an attacking operator attached to the Danish equivalent of the Marines, the Frogman Corps. Despite the service’s amphibian appearance, Nökk reportedly looks “extremely cute.” Warden is a member of the secret service, and will apparently be wearing a suit and tie with kevlar body armour.

As well as information about the new operators, this leak also offers a brief tease regarding Season 3. It’s a somewhat cryptic clue, suggesting that “defenders will now have a good reason to reinforce hatches on the same floor as them.” Exactly what that means isn’t clear, but fan speculation suggests it could point to an attacker who’s able to climb up hatches, or whose gadget enables a bit of added verticality.

This isn’t the first leak regarding the new operators from this particular source. Last month, they offered information regarding Nökk and Warden’s abilities – the former is reportedly invisible to cameras and will have an ability similar to Caveira’s Silent Step. Warden has some kind of “special eyesight” that makes them immune to flashes and smokes.

None of this has been confirmed by Ubisoft, but the leaker’s accuracy around Operation Burnt Horizon means that there could be at least a grain of truth to this. The as-yet unnamed operation is due to hit the game’s TTS in late May, and go live in June, so we might find out some more information in a few weeks’ time.