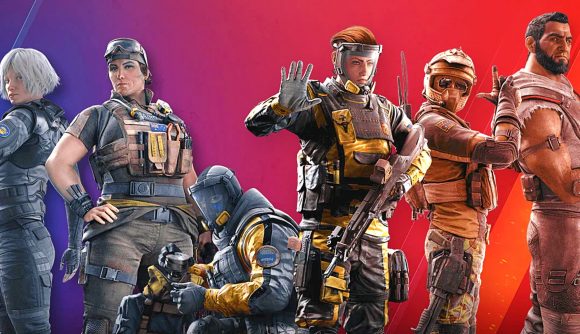 Rainbow Six Siege is a (mostly) realistic tactical game with (mostly) realistic cosmetics to dress up your favourite operators in. While the selection of camo outfits makes sense for the setting, sometimes that camo is a little too good – meaning that in some circumstances you can pay real money for an in-game advantage. The devs are aware of the issue, and have a fix in mind.

The developers are currently testing a rim lighting effect to make operators stand out from the background. “So far, we’re quite happy with the results and feel it is cohesive with the art style of the game,” the devs say in a blog post. “We are in the process of aligning on the colour of the rim lighting, and ensuring the effect is consistent across the game’s many unique cosmetics.”

Right now, the update is targeted to launch during Y6S3. That’s also the intended release window for some fixes to flashbangs. “Basically, when you throw a flash, we want you to know how this will affect your opponents and the environment. The solution that we’re working on simulates the light bouncing off objects in the immediate environment, and the results we’re seeing are encouraging.”

For more on the Rainbow Six Siege Year 6 roadmap, you can follow that link.