As well as laying out the Rainbow Six Siege Year 6 roadmap, Ubisoft also went into great detail about what to expect from the first season at the reveal event. Year 6’s Operation Crimson Heist, introduces Argentinian attacker Flores, a medium speed attacker with four special drones that come loaded with explosives.

There’s also a new secondary weapon on the way for some operators, which fires one powerful, explosive shot capable of destroying unreinforced hatches, and cannot be destroyed once the timed explosion is activated. Sure, you’ll have to choose between a pistol or a one shot projectile, but it’s gadget destroying capabilities make this a worthy entry. Here’s everything you need to know about Rainbow Six Siege Crimson Heist.

The Crimson Heist release date is March 16 for battle pass owners and March 30 for all players – bringing a new operator, a secondary weapon, and a map rework to the FPS game next month. 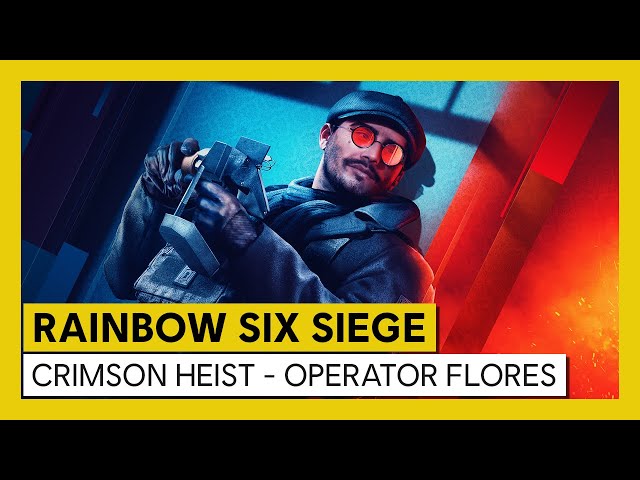 The latest operator to join the roster of attackers is Santiago ‘Flores’ Lucero. Flores’ gadget is the RCE-Ratero Charge, a remote controlled explosive that can be deployed like a drone. Unlike a drone, the charge can only be driven forwards and it constantly speeds up while in motion. You can pilot the charge for around ten seconds before it automatically activates, though you can activate it at any point before the timer ends.

Once the charge becomes active, it will anchor itself onto the nearest surface and become bulletproof for three seconds before detonating. You can even jump with the charge, allowing you to activate it mid-air to stick to the closest surface. This can be used to gain an advantage over the opposing team by destroying nearby gadgets, hatches, and punch holes in soft walls that are large enough to crouch through.

The blast radius appears to be similar to that of a frag grenade or nitro cell, capable of killing operators if they are at the centre of the explosion. The gadget reacts similarly to Ace’s charges when they are disabled by Mute’s jammers – these will deactivate the drone until the jammer is removed. Flores can either pick up and redeploy the charge, or destroy the jammer, which will cause it to reactivate with a three-second detonation timer.

Flores has the choice between two somewhat unpopular weapons: the AR33 and the SR-25. The AR33 is a fully automatic assault rifle which can be equipped with a red dot, reflect, holographic, 1.5x, and 2.0x scope. This weapon has seen some use by players who opt for the angled grip attachment, giving the gun faster aim down sights times. As for the SR-25, this semi-automatic DMR is powerful, but it’s far from a meta pick. The SR-25 can take red dot, reflex, holographic, and 3.0x scopes.

You can choose between either three stun grenades or a claymore as Flores’ secondary gadget. The stun grenades can be useful for disrupting tight areas, whereas the claymore could be used to protect Flores while he uses his main gadget. His secondary weapon is the GSh-18 pistol, a solid semi-automatic perfect for short range combat. 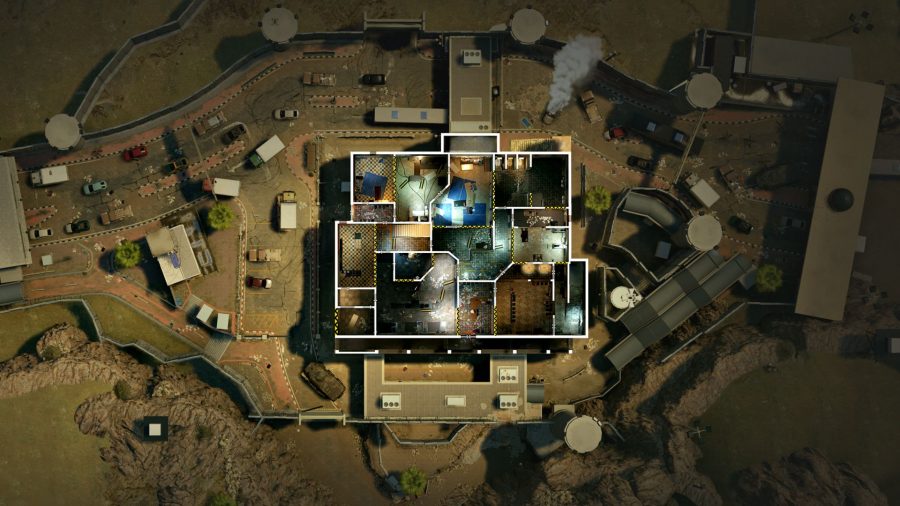 Border also receives a rework, comparing it to the rework scale of Club House. Although the map identity, key sites, and flow of the map will remain, smaller changes see an expansion on Bathroom and Tellers, making them a viable objective. The map is also much cleaner, removing pieces of paper, clutter, and unnecessary items that got in the way previously – strengthening walls to shift defenders away from reinforcing or covering weak breach opportunities.

Y6S1 includes a new secondary weapon for attackers called the Gonne-6, a way to boost explosive capabilities. A single-shot weapon that can destroy defender utility. The reveal didn’t go into too much detail about this secondary weapon, but it will be arriving when the Crimson Heist release date rolls around.

After a long wait, match replays enter beta on PC, allowing players to rewatch their games from any point of view to analyse their game and plan new strategies.

Streamer mode also arrives on the test server removing features such as names, other players in the lobby, and a delay to matchmaking, all to avoid queue and streaming sniping.

Looking forward to the Crimson Heist release date and beyond? Here’s every Rainbow Six Siege Year 6 reveal announced at the panel from the next operators coming in later seasons, to future reworks and upcoming systems.