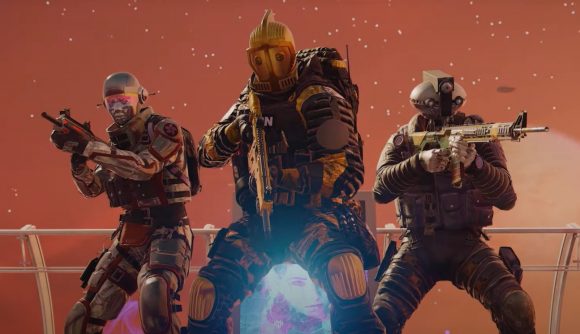 Rainbow Six Siege is heading to the future and getting soaked in retro sci-fi neon this month, as part of the new MUTE Protocol event, running for a limited time in August. The Rainbow Six Siege MUTE Protocol release date is set for August 4, and the event will continue through August 17. A new trailer gives us a brief look at the LTM.

The new game mode takes place on a reskinned Tower map, as a team of defenders tries to keep a team of attackers from hacking a server. Attackers have to secure too areas, and can swap back and forth between Operator and Drone forms. Defenders, meanwhile, can teleport around the map by digitising themselves into indestructible cameras.

41 Operators will be playable in the event – a few are excluded for “gameplay reasons” – and Jackal, Lion, Ying, Kapkan, Mira, Mute, Oryx, and Vigil all get special, sci-fi-themed cosmetics as part of the event collection. (As with pretty much every big Siege update, this all matches up with earlier leaks.) 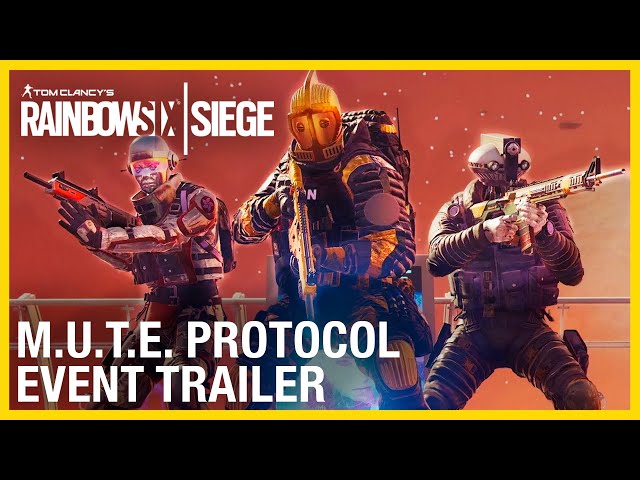 Rainbow Six Siege Year 5 rolls on in the wake of Steel Wave, and you can follow that link for more info on what to expect moving forward.