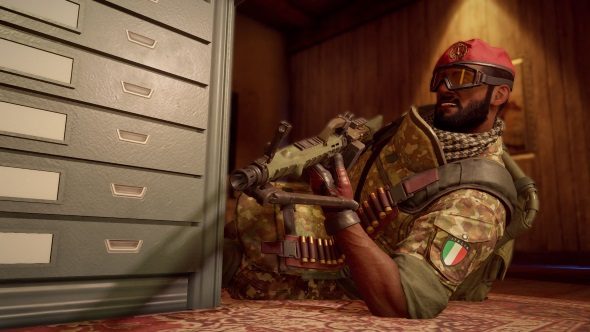 MMR in Siege, as in other shooters, stands for Matchmaking Rating. Every player has an MMR, which is based on the level of skill you’ve displayed in previous rounds and determines who you’re matched against. Naturally, there’s also a level of prestige attached to achieving Diamond rank.

MMR boosting services do exactly as you’d expect, artificially elevating rank and, in the process, mucking up Ubisoft’s carefully calculated matchmaking. They’re easy to find on Google, and you can imagine why the publisher wants rid – Siege’s E3 presentation this year was dedicated to its growth as a serious esport.

We reckon Siege is one of the best multiplayer games on PC.

Elsewhere in the newly updated code of conduct is a new line that specifically condemns any language or content deemed “illegal, dangerous, threatening, abusive, obscene, vulgar, defamatory, hateful, racist, sexist, ethically offensive or constituting harassment.” Again, that’s a move to avoid the toxicity that plagues some other prominent esports.

You can read the updated terms in full on the Rainbow Six subreddit. During Ubisoft’s E3 conference this week, the publisher revealed that Rainbow Six Siege now has 35 million players.

It’s easy to forget now, but Siege had a fairly shaky launch, which makes that growth all the more unlikely and impressive. The mood on-stage was celebratory – Ubisoft also played a trailer for an upcoming documentary following the success of Siege’s top players.