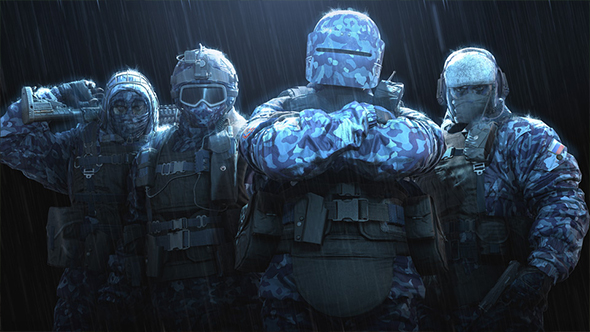 FaZe Clan have entered the world of pro Rainbow Six Siege with the acquisition of the Brazilian squad that was formerly part of Team Fontt. The newly-acquired team was one of the top-ranked groups in Brazil, and had already qualified for the Six Invitational taking place in February, which they’ll now compete at as part of FaZe.

Look forward to the new operators for Rainbow Six Siege in 2018.

We’re pleased to announce the best Rainbow 6 lineup in Brazil is now part of the FaZe Clan family. Welcome!

Team Liquid made a similar entry into the Rainbow Six Pro League earlier this week, acquiring their own Brazilian team in the form of MOPA Team. At the time, we’d heard rumors that FaZe Clan had similar interests, and it seems those reports have paid off.

The Six Invitational begins February 13, and will feature 16 teams competing for a $500,000 prize pool in Montreal.