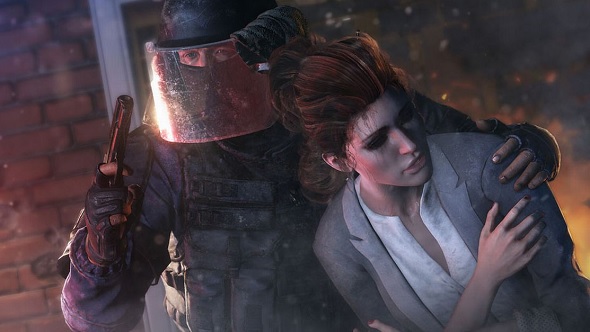 We’ve all been there. You’re a bona fide Siege player, you’ve picked your Operator, and you’re ready to work with a like-minded team to extract the hostage. But then it happens. You’re waiting for people to select an Operator and, after much deliberation, who do they choose? That’s right. Fuze, Glaz, Capitao, and an AFK Recruit are all prepped and ready to absolutely demolish your chances of victory. Hence starts the worst round of Hostage you will ever have.

On the flip side, here are the best Rainbow Six Siege operators.

As the round starts, you’ve already accepted that only a miracle, a team killer, or a handful of hostage-execution disasters on the part of the defending team can turn this around now. Your teammates all want to help, of course, but ‘help’ is subjective in this scenario. Better start prepping for that derank now. 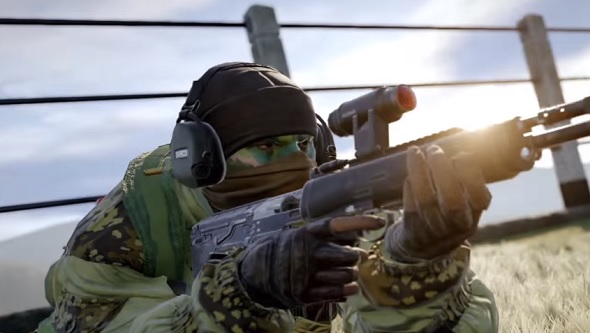 Here we go, then. Glaz has decided to helpby doing what he does best – staying outside. You know where the hostage is? Inside. Not outside. So when your team falls and Glaz is the last one left, you can only wish him luck as he nervously contemplates fighting his way through traps and operators unsupported. It’s all well and good having a thermal scope, Glaz, but now that all of the defenders are in tight cover and running the clock down, things are already heading south.

While Glaz keeps the carbon dioxide outside company, there’s only Fuze, Capitao, and the remaining hope that, maybe, Recruit will make a return from their extended stay in the toilet. There’s still the slim chance of the hostage being outright killed before Glaz breaks away from his staring contest with an internal, innocent wall. But it could just as easily be Fuze or Capitao that pulls it off. By now Fuze is probably already attaching a cluster charge to the outside of the objective room, blissfully unaware that his grenades don’t discriminate between enemy and hostage.

Luckily (again, a subjective term here) as you round the corner you find this hasn’t yet happened. Instead, Capitao has laid down some smoke and is firing, heroically, into the objective room to flush out those pesky defenders. Guess what, Capitao? Airless vacuums can’t distinguish hostages from enemies either. 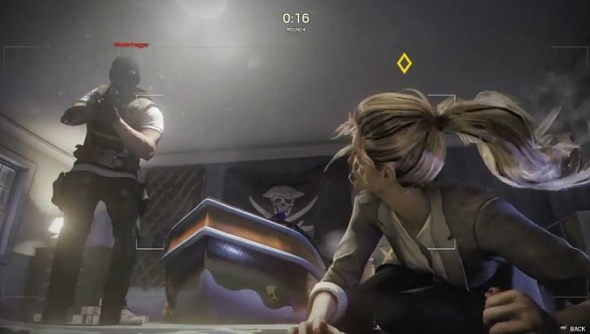 The hostage’s bad day has just worsened. Now there are flames and smoke, and somebodyis firing blindly through the one portion of wall that hasn’t been reinforced. The gunfire ceases and is followed by the distinctive clunk of Fuze’s charge being placed and fired. ‘Thwump, thwump, thwump’. That’s it, then, game over.

Except, somehow, the hostage is only injured. The noise stops, and your team wait, apparently under the impression that the defenders will now be motivated to heal the fallen unfortunate. You sigh, there’s nothing else for it: time for a last ditch push. What could go wrong?

You rush the defenders before your teammates know what’s happening and manage two headshots in the panic but body shots put you on the ground. The kill feed flashes up a notification informing you that a roamer has just picked off the still inactive recruit, and the hostage is fading fast. You crawl into cover, bleeding out and under fire from the two defenders holed up in the objective room who – somehow – still feel that the surviving attackers pose enough of a threat to warrant staying put. You can do nothing as the noise of Fuze’s second plant offers a painful glimpse into the near future. 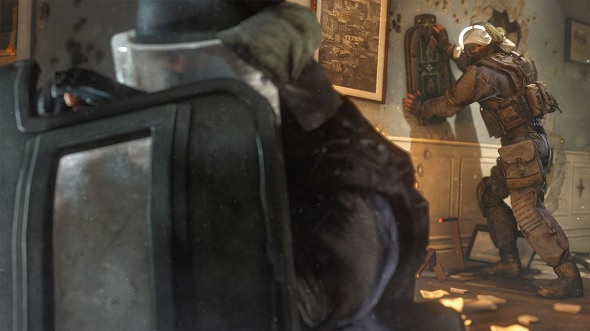 The following volley of explosives happens almost in slow motion. Capitao rushes in late but is spared an explosive death as Glaz snaps out of his trance by the movement and lands a perfect shot between Capitao’s eyes. The hostage is less lucky, and catches one of the Fuze’s gifts with his head.

Round one to the orange team. You quietly quit to menu, happy to suffer a 15-minute ranked ban in order to spare yourself any more misery. Your dignity is intact, which is a great deal more than can be said for the hostage.