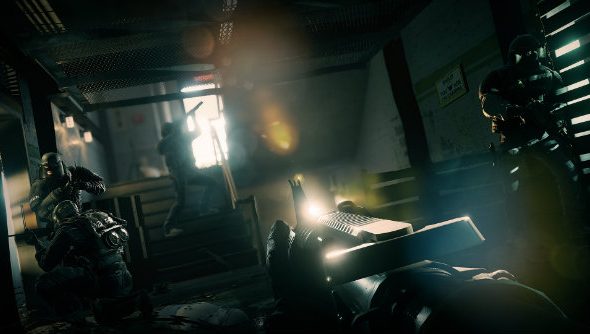 If you’ve ever been sneaking up on an enemy in Rainbow Six Siege only for them to suddenly develop eyes in the back of their balaclavas and shoot you in the face, or if you’ve ever been killed when you swear you were behind solid cover, this analysis video does an excellent job of explaining why.

If the netcode in Rainbow Six Siege is driving you nuts, why not try out the games in our list of the best first-person shooters on PC.

Though players with an unfairly high ping will be removed from the server after 20 seconds, there are still many less extreme cases of this and it’s definitely a cause of frustration for players.

Looking into the server also reveals the IP address of the other players in your game, so a malicious player could use this information to bring down your connection, which is far from an ideal situation.

Furthermore, player orientation seems to be one of the game’s biggest issues. An enemy player could be looking right at you, where on your screen they seem to be looking off in a complete other direction. In a game about spatial awareness and lines of sight, this is by far the most pressing concern.

Here’s the video highlighting the issues:

Hopefully future updates will aim to fix these issues promptly. Perhaps we’ll see at least some progress made when the next DLC drops alongside an update on February 2.

Particularly as Rainbow Six Siege makes steps towards becoming an eSport hit, it’s important for Ubisoft to iron these issues out soon if the game is to be taken seriously on the professional circuit.