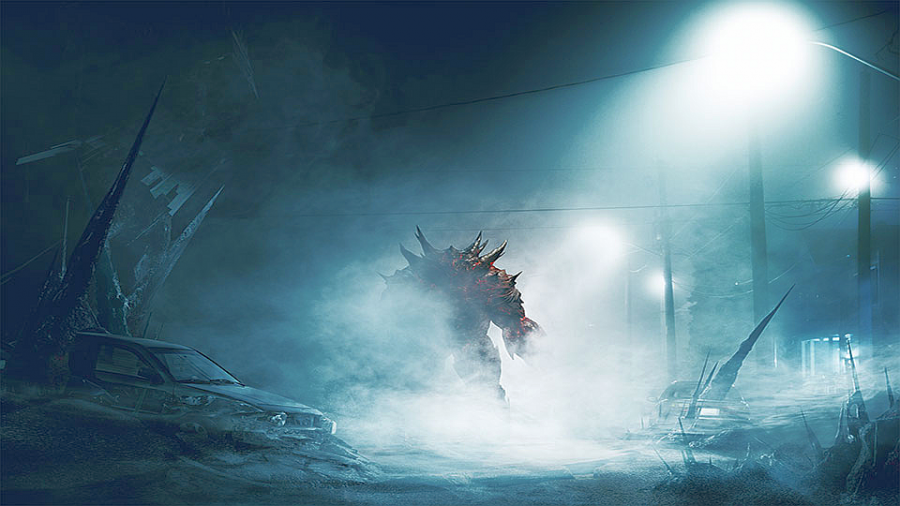 Rainbow Six Siege’s Outbreak event has now closed, and the developers have released a slew of interesting statistics to look back over all the fun you’ve had shooting zombies. Well, probably zombies. ‘Hostiles’, anyway.

Rainbow Six Siege Outbreak was a big step into sci-fi for the previously grounded counter-terrorism series. What’s so Rainbow Six about it?

Siege players killed a total of just over 4.5 billion total hostiles, with an average of 46 kills per death. The most popular operator was Finka, with a pick rate of 21.3%, followed closely by Doc on 19.5%. There is then a steep drop before Ash, on 11.1%, followed by newcomer Lion on 9.5%.

Lord Tachanka is in the bottom half of operator picks, at 7.0%, but even this looks like an inflation of his contribution – Tachanka’s LMG scored just 1.65% of all kills (or 71.7 milion). 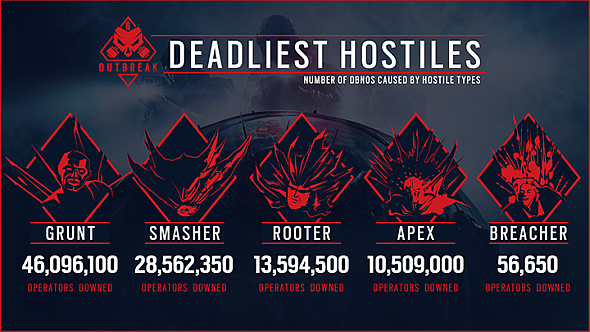 Grunt enemies downed the most operators, bringing down 46 million of Rainbow’s finest, but that’s almost certainly a function of their prevalance than their difficulty.

Looks like Junkyard gave players the most trouble, with only an 11% success rate on Pandemic difficulty (Hospital and Resort were completed roughly twice as often).

Here are the stats on the Rainbow Six Siege blog.