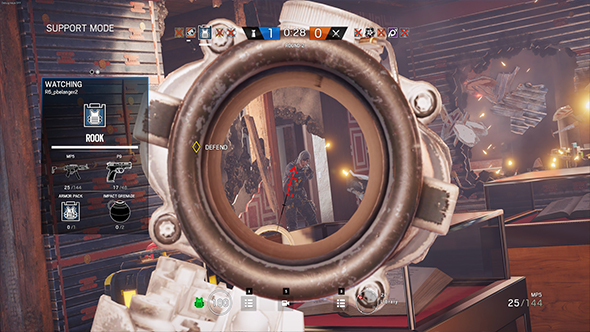 A fresh set of changes for the recoil system in Rainbow Six Siege are on the way for another round of Test Server testing. Ubisoft say the “goal is to offer a clean, tight shooting system that does not cheat players out of a great show of skill.”

In a dev blog, Ubisoft say “we have moved away from predictable recoil patterns, and found another solution that does not involve predictable recoil.” As shown in the video from community developer Justin Kruger below, the old system had bullets occasionally diverging from the tip of the aim point in the weapon sight. In the new system, bullets will always hit at the exact tip.

Here’s a breakdown of the issue and the fix. pic.twitter.com/yoZREjy5ly

Siege has been going through recoil changes for much of the past year, going back and forth from precision, predictable recoil models to versions that rely on more randomness. Nothing’s been quite satisfactory for every player, but the latest iteration will hopefully help the developers zero in on a final solution.