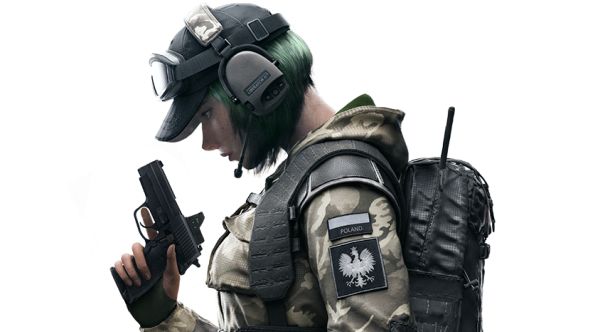 It’s 2018, which means patch notes come from Twitter replies to esports players rather than in official announcements. Ela is one of Rainbow Six Siege’s more broken operators, a must-pick in professional matches and a terror on ladder. She’ll be receiving a nerf in the next patch, with notes available before the end of the week.

Here’s the best Rainbow Six Siege operators you should be playing.

Here’s Craig Robinson, community manager for Siege, with the announcement but zero details:

Patch notes are this week. She is getting nerfed.

He’s replying to Fabian Hällsten, a player for Penta Esports and their team captain. They won the pro league in the first season of 2017. The main complaints, at least according to the subreddit(and PCGamesN resident operator Jordan Forward), come down to her gun – it’s a fast firing SMG with high damage and decent accuracy plus a huge number of rounds per mag, a bit of an all-in-one combo. She also has good abilities and moves quickly, which at least gives Ubisoft a suite of possibilities for what to nerf.

Ubi haven’t announced when the patch notes or attached update will be available, but it should mean Ela will be fixed before the Invitational in mid-February. That’s the culmination of the last year of competition for the game, so they’ll want things to be as shipshape as possible.